Chipping away at old projects. 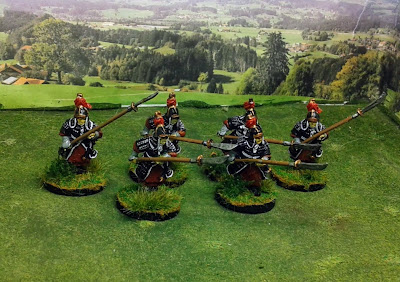 The realization hit me over the weekend, that it was three years since I visited the Imjin War museum in Jinju, South Korea.  I haven't added to the Korean side of my Imjin War project since I made a similar realization last year.  Thus I opted to burn some time the weekend trying to get caught up a little bit.  First up are these six Halberdiers which join the unit I finished last April.  My overall plan is to plus all of my Heavy Infantry formations up to 24 figures each, to provide some flexibility.  I have another six to go to finish this unit, then I need to tackle the tough one:  Guard Infantry.  These guys are fairly daunting as they have spears, bows and shields. Korean Shields can be a little ornate... 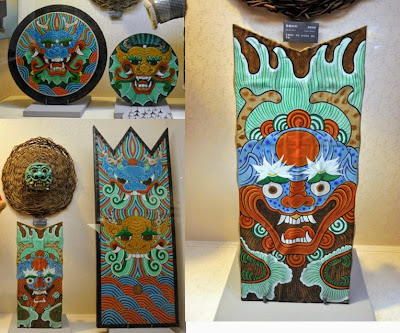 This is compounded by the lack of source material for the models in question.  (Perry only added an actual picture of the minis, unpainted, this year.) 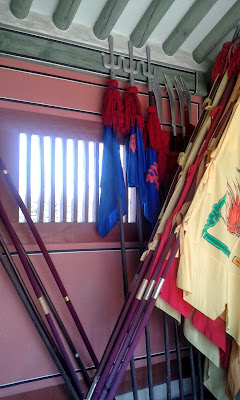 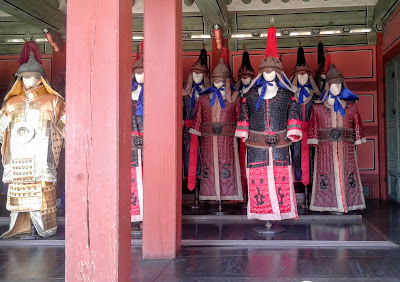 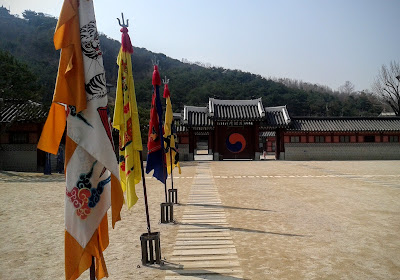 It looks like Reds and Blues work well with white or black used for edging.  Should make for an interesting project.  I have the base coats of the models done now, but the spears and shields are awaiting inspiration. 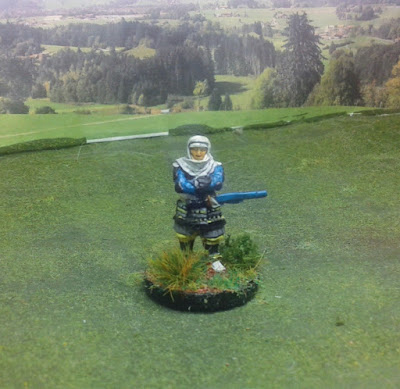 The figure in the Monk's cowl is from the Takeda Shingen set from Perry.  I am not sure which general he is meant to represent, but I painted him with the same general scheme I have used for all of my Sohei. 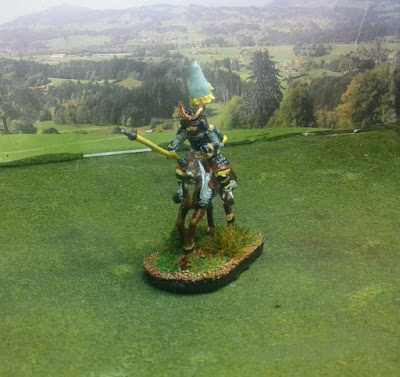 I managed to finish another Samurai on horseback with a 3D sashimono.  I have been slowly finishing these models as I have left over paint from other projects.  To keep the diversity in colors going I tend to have six of these next to the painting table (along with some Landsknecht) in order to be more 'efficient' with my leftover paint.  I am not sure it is working out quite as I planned. 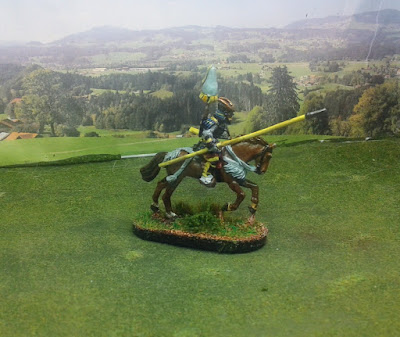 Many more to go as I still have the Sohei and Ona-Bugeisha from Test of Honour to finish.  That and a dozen more Korean Cavalry begging for attention.  I might even swing back around to finish off the light infantry for the SYW project....
28mm Imjin War Korea Perry Miniatures Samurai