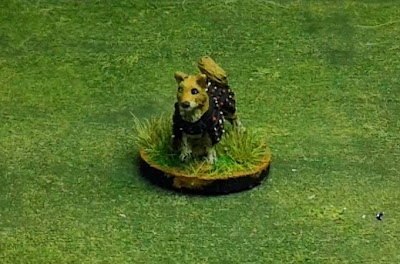 The other Kickstarter I backed last year was Bad Squiddo Game's Onna-Bugeisha and the Women of Japan.  This was a continuation/expansion of the existing line and I wanted to add a few figures for Test of Honour.  Included in the stretch goals were a Shiba-Inu and a Cat in Samurai armor.  I was not sure what I would do with them, but fortunately Rangers of Shadowdeep showed up on the scene to give me a direction.  This is a collaborative 'RPG-light' fantasy miniatures game that allows for your ranger to be accompanied by a loyal canine companion.  Giving my group a Samurai flair, I opted to make my ranger a Naginata wielding Sohei monk, with a faithful war hound.  Thus this guy: 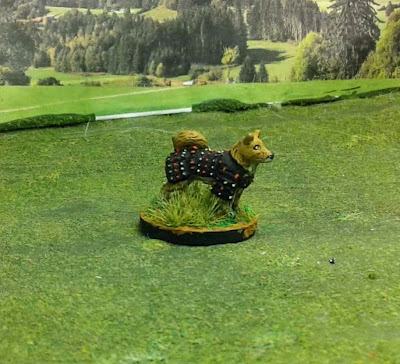 The collection also includes a wide array of both armored and unarmored warriors, so I have added them into my rotation of Samurai on the painting table.  For the standard figures I finished the young woman in a dynamic warrior pose and the 'Shinobi Sisters' who will join my 'Ninjas of Iga' for Test of Honour as well as the Rangers hunting band (as a tracker and rogue). 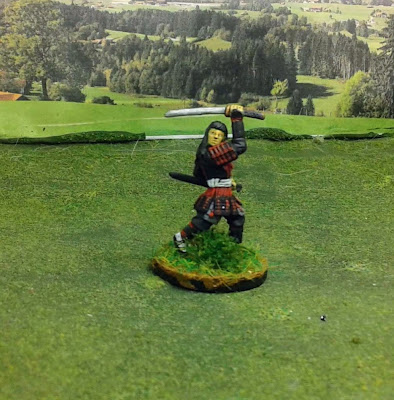 The figures are nicely sculpted one-piece castings.  They are no where near as detailed or clean as Warlord's Onna-Bugeisha models, but stand up well against the other competitors in the 28mm market.  (They even added scabbards to most of the models this time around. ) 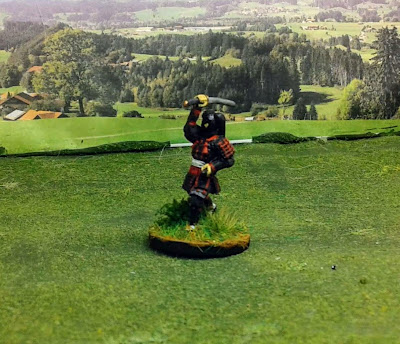 The only complaints I still have about the range are the lack of quivers for the archers, and the lack of Naginatas.  The Naginata (glaive) was synonymous with the Sohei during the Gempei War and Sengoku era, but became identified with women warriors as time went on.  Only 4 of the 30 castings produced so far include this Ubiquitous weapon. 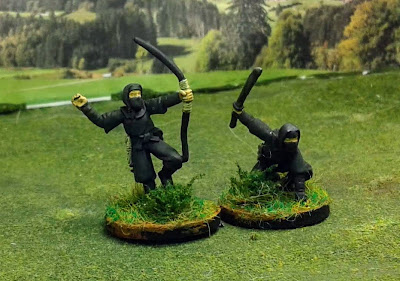 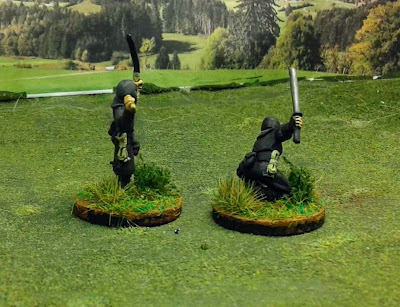