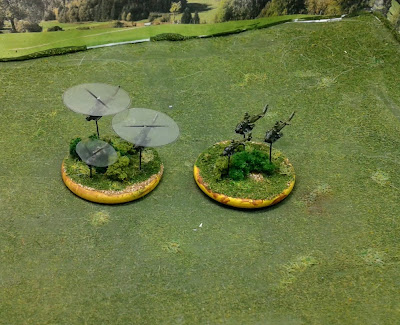 Jumping ahead a few hundred years, I finally knocked out some rotary wing support for my 3mm Cold War collection.  In keeping with the operational scale of the project, I opted to base two cobras and a scout helicopter together on a single base.  I am not sure if the the Viet Nam era "Pink Teams"  of paired recon and attack helos were still being used in NATO in the early 80's., but the need for hunter-killer teams still existed. 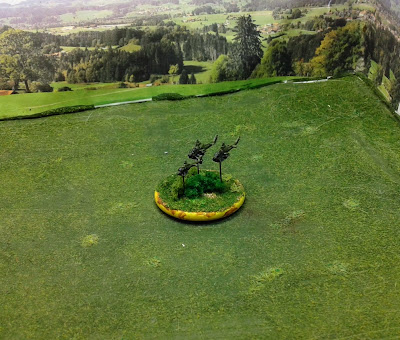 The big decision here is whether or not to use the plastic rotor disks provided.  I have mad mixed luck with my 6mm Helos in that it looks good, but they tend to pop off quite readily.  (In fact one already fell off between the picture and the storage case.)  I am going to hold off on adding any more rotors until I find a better way of fixing them in place.  CyA glue just pops off and epoxy would produce a noticeable lump. 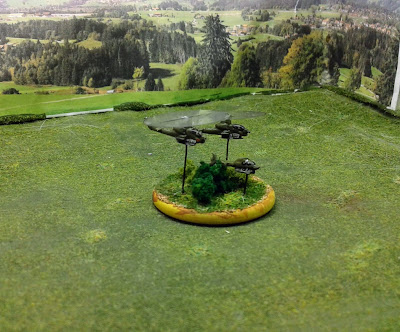 I also finished off some generic AVLBs to support the NATO side.  The US side is painted in MERDC, while the West Germans are in 3-color NATO standard, so I opted for forest green to let them support either side.  The PICO armor sets also come with deployed bridge models, so I did them up to match.  I have another three to finish, so perhaps I will do one for the West Germans and then pair the other with an M728 CEV for a US Engineer company. 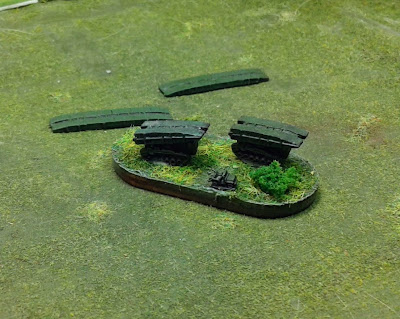 It was nice to switch things up from all the SYW for a bit, but I need to get back into it.  So close....
3mm Cold War ozmial ozdy picoarmor US Army