Getting my Grenadiers in order.... 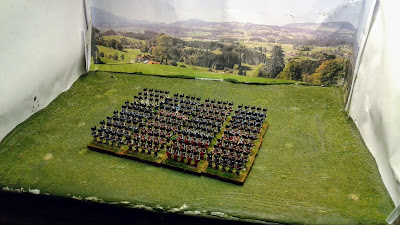 A flurry of activity (and some light paint updates) brings my Austrian Grenadiers back up to readiness with the new basing scheme.  I touched up some of the paint schemes so they align with the existing regiments and fixed some little issues I missed the first time. 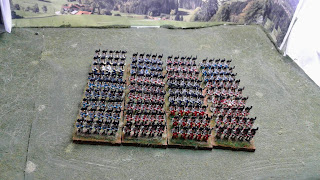 All told that brings me up to three solid regiments with 1 more in the wings, which should be sufficient for most any scenario I am planning to execute.

I also added another general to the collection to help control the Austrian center. 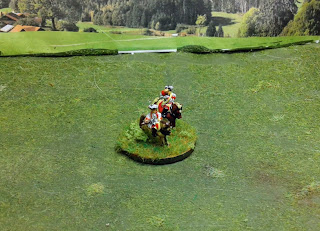 Finally, I finished my first set of Mounted Grenadiers.  I have not seen these castings used very often, but there are several included in the Old Glory Austrian Dragoon packs.  I have seen "Converged Elites" or something similar in some OOBs, so I decided to at least do one 'regiment' worth of mounted Grenadiers with a collection of uniforms representing several of the uniforms I have done so far.  These are the first 8, with another 8 to follow when I get around to finishing their parent Regiments. 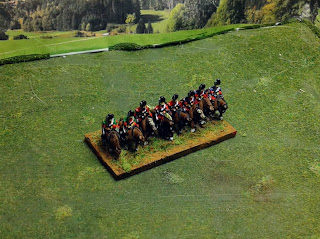