Litko came through with the base order last week, so I can finally start processing through the backlog of units awaiting basing.  Coming on the heels of the Combined Grenadiers I have the first two Royal Hungarian Infantry Regiments for the collection.  I picked two similar uniforms as I tend to paint two regiments at a time (i.e. 1 bag of Old Glory Infantry with Half a bag of command stands).  Both these regiments have Royal blue pants and vests which make them stand out from the usual white pants and leggings with the rest of the unit.  Here then are IR 33 Nikolaus Esterhazy with the distinctive yellow lacing on their tricornes. 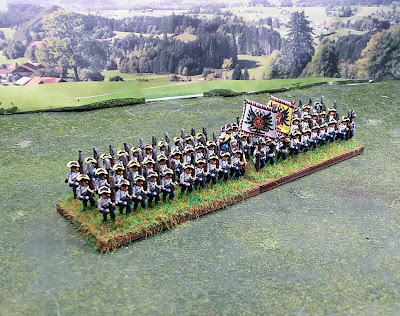 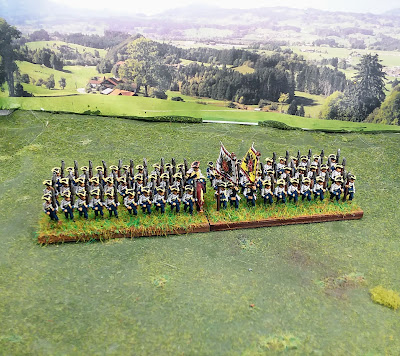 Here is IR2 Erzherzog Carl with yellow accents on the jackets.  Both units participated in several major engagements in the war and add a nice touch of color to accent the white menace on the table. 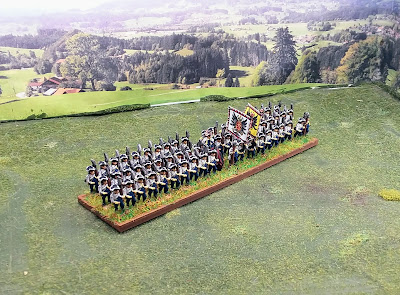 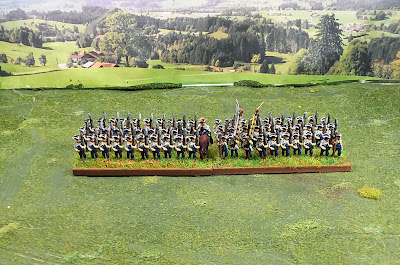 I have two more Hungarian regiments to finish basing and then it will be time to focus on four regiments from the Netherlands.