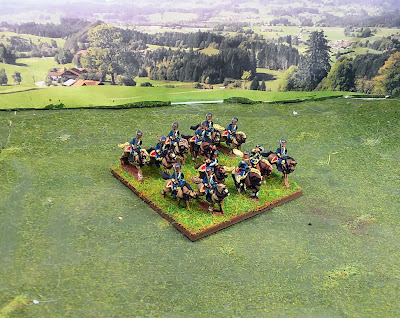 Following up on the Prussian Hussars, I have two completed regiments for the Austrian side.  First up are the Kaiser Franz Hussars.  The Old Glory packs include lots of interesting details (for example you get a few  mounted Grenadiers in Bearskins in the Austrian Dragoons + the mounted drummers), and in this case the Hussar Command includes a standard bearer and a trumpeter with Tricorne.  I have not added the standard yet as I need to get a decent image and then figure out how to scale it correctly.  I have really come to prefer the cast flags at this scale especially for something as small as a cavalry guidon. 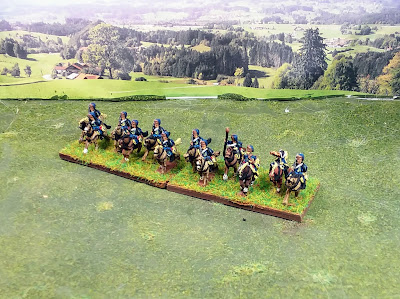 For the other group, I chose to do the Splenyi Hussars. 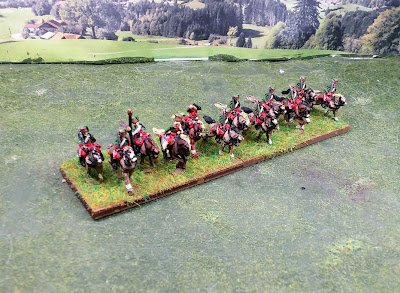 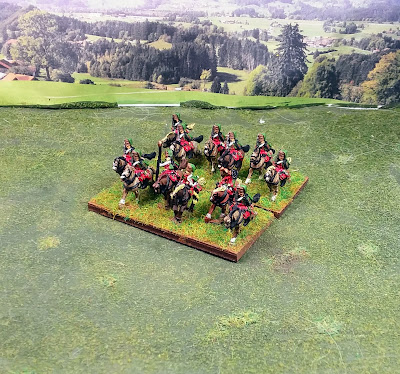 Just as with the Prussian Hussars I tried to swap out horses to get them all in a dynamic pose.  That means that the Curaissier will be necessarily consigned to more sedate looking mounts.