Samurai Archers and some Test of Honour Terrain. 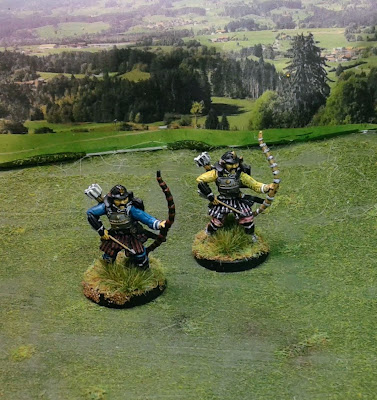 I opted to add a pair of Samurai Archers for games of Test of Honour.  These guys are both from AEGs Legend of Five Rings line, so they are a bit a-historical.  Basically a mix of early and late period armor, but they work well for  a skirmish. 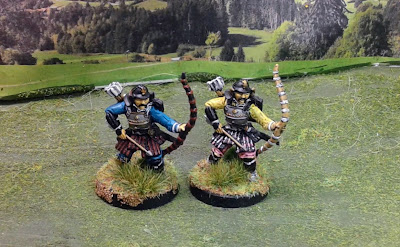 Speaking of which, I also picked up Sarissa's lantern set for Test of Honor.  These make for some fairly good scatter terrain, and apparently have some rules associated with them in the Ninja supplement (if I ever decide to pick it up.) 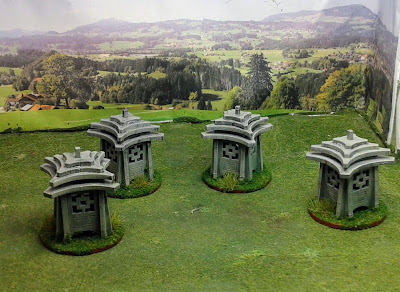 Along with the lanterns you get a pair of Katana shaped rules that make it rather entertaining for the younger crowd.  As you can see they are marked off with 1" measurements.  6" for the  blade and 3" for the hilt.  Overall works just fine for the game. 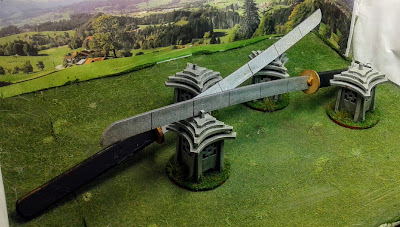