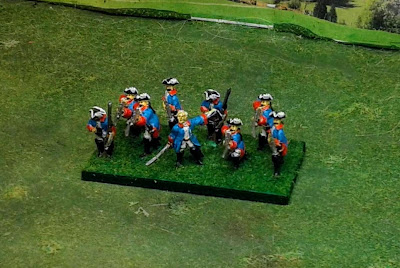 Something  a little bit different for the Zorndorf collection:  Dismounted Russian Dragoons.  According the Order of Battle for the Observation Corps on the Kronoskaf, the three Battalions of the Observation Corps Grenadiers were joined by a unidentified battalion of dismounted Dragoons.  This of course provides the opportunity for a little diversity in army, so I opted to embrace it.  Rather than have them in summer uniform, I opted to add their blue overcoats to make them a little more striking.  I used the Eureka Miniatures skirmishing Observation corps musketeers as they already have the sabers and tall boots of the Dragoons. 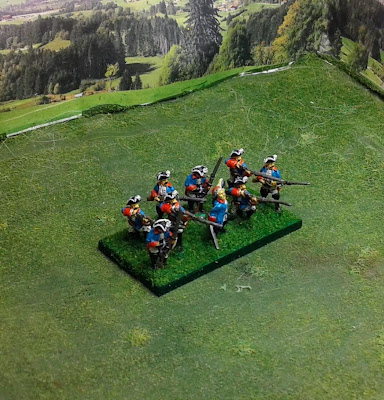 For the battle itself, they will probably join a stand from the Observation Corps grenadiers to form a brigade, as that division is already quite sizable.
18mm Eureka Miniatures Honours of war Russia SYW Zorndorf