Reinforcements for the 1st division 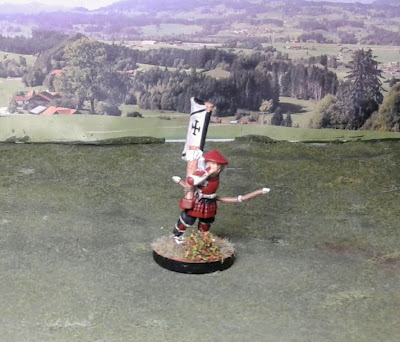 Some archers to join Konishi Yukinaga's invasion force in the Imjin War project.  These are from a single pack of Perry Ashigaru with bow, with an archery 'sergeant' thrown in.  Interestingly, the original model was sculpted with a Quiver full of arrows, but no bow.  I am assuming that meant his job was to direct fire and pass ammunition rather than shoot himself.  As I am using these figures for Test of Honour as well I figured I would add a bow so he can be part of the skirmish.  The bow is just one of the Wargame's Factory plastic bows cut from an Ashigaru arm.

For the rank and file, I went with the same red and black scheme I used for the Japanese 1st division for the 1592 invasion of Korea.  I have read the archers were used to defend the handgunners while they reloaded, so I opted to do a simple six-man squad to defend my 12 man hand-gun unit. 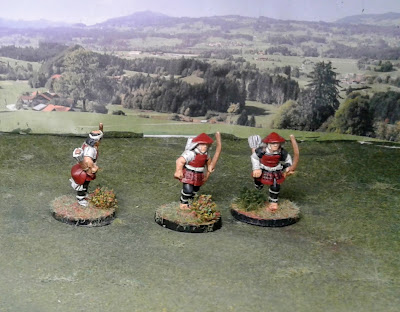 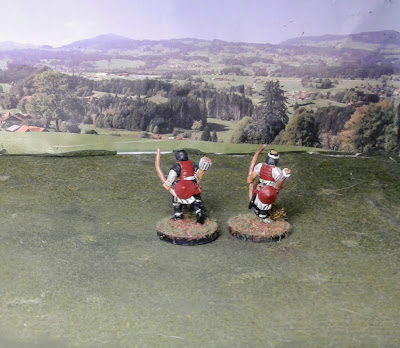 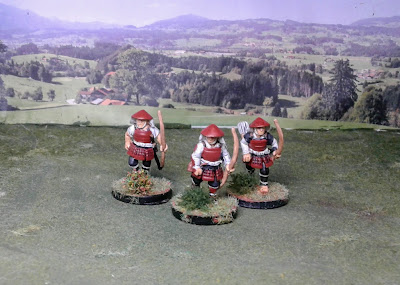 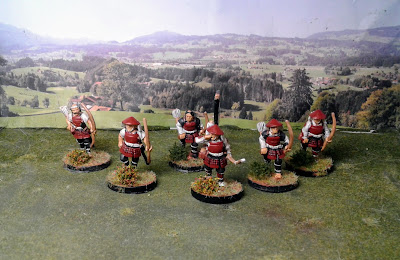 I have one more pack of archers that will be doing a similar unit for Kato's 2nd division.  The inclusion of the command figures freed up two standard archer figures, so I opted to use them to add to my Ikko-ikki/Sohei force: 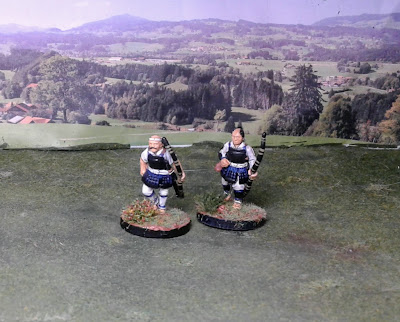