Mason and I have been playing Warlord's Test of Honour of late.  It is a relatively simple, yet fun skirmish game.  It only requires a handful of miniatures and includes some small movement trays for teams.  We both found it to be a little more fun and engaging than Lion Rampant for the time period as it incorporates the 'flavor' of Samurai warfare.  That said, Test of Honour plays like a Kurosawa film more than actual history.

A few shots of a recent game:

One of the changes necessitated  by this game has been to rebase some of my existing collection.  I previously had them based on 1.5" wooden rounds, but now they have been moved to 25mm bases in order to fit in the movement trays: 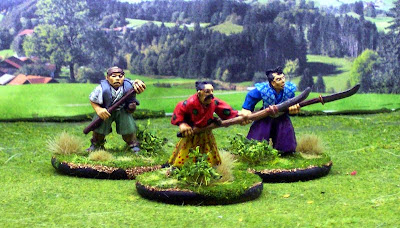 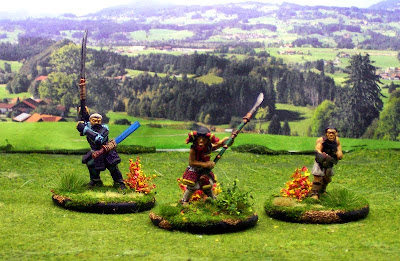 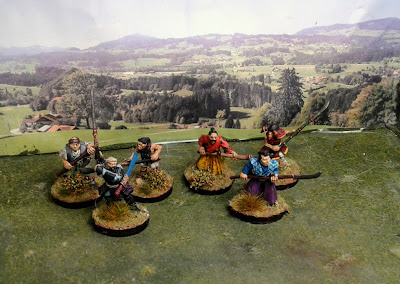 One of the polarizing issues with the game is the inclusion of the plastic figures from Wargames Factory (Warlord purchased the line a couple of years ago.)  I already have a large number of these figures  painted, so I was not too enthused by the prospect of getting another pile of the them with the boxed set.  (Fortunately I had a gift certificate for Warlord I had been meaning to use).  I was already planning on selling off my old plastics as I have since replaced them with much more robust Perry metals.

I opted to retain a few units, and decided to use the opportunity to touch them up and improve their durability. 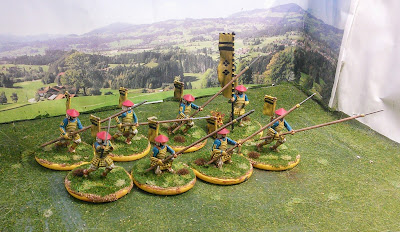 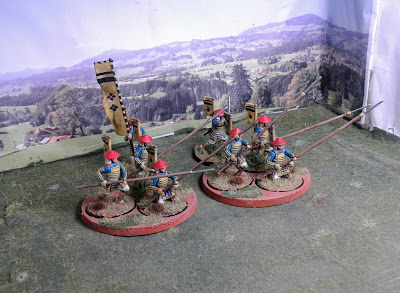 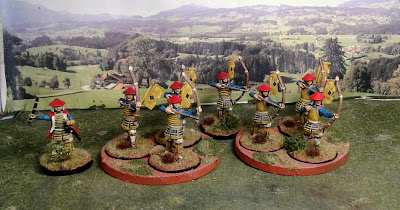 The Warlord packs replaced the old Renadra square plastic bases with Round "Warlord" plastic bases which allowed me to use plastic cement to actually weld the models to their bases.  They were still too top heavy, so I glued some washers and small coins into the hollow undersides of the bases. 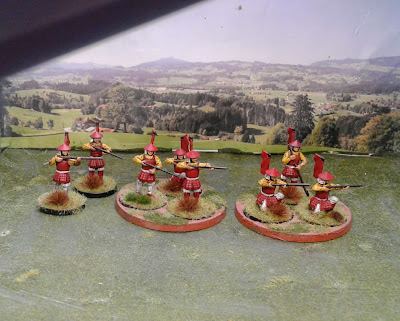 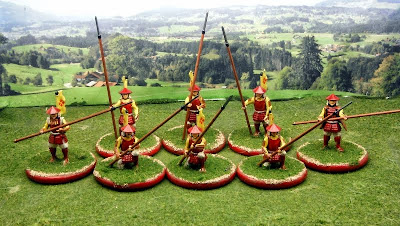 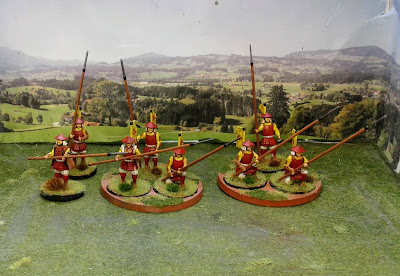 My overall assessment of these figures remains the same:  They are too fiddly and fragile for individual use.  You can actually see the evolution of the designer's concepts between the sprues.  The Ashigaru models attach along flat surfaces, while the Samurai use plugs/pins to hold limbs in place.  I like the castings on the Samurai, especially the riders, but the horses are some of the worst plastic castings I have run across.  The modularity is good, which allows you to build lots of potential poses.  The extra accessories also allows for easy replacements for broken parts.   They work well with based units.

I am planning on expanding the over units up to 12 models each.  After that, the rest will need to go.