April 24, 2018
In addition to looking at relics from the Imjin War, I took several photos of the vehicles on display outside the Museum.  There is a large array of WWII and early Cold War equipment on display from both the UN forces of the Korean War and vehicles from the DPRK.  I took some snapshots to use as reference material in the future;

The majority of the vehicles in the park are taken from the history of the ROK army.  These started as US surplus vehicles but then evolved into locally produced vehicles like the Abrams like K-1.  Most of the vehicles are painted up in the Korean standard camouflage scheme which is reminiscent of the US Army's Autumn MERDC  patterns from the 70's and Early 80's.  (Players of Team Yankee who insist on painting their M-1s in MERDC could easily use them as Korean K-1's for most scales) 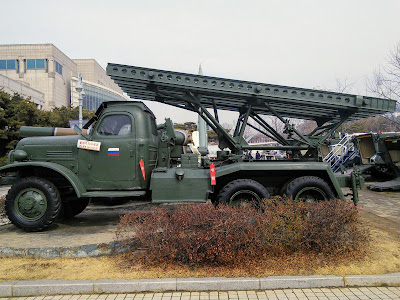 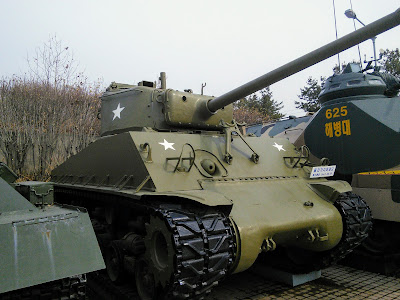