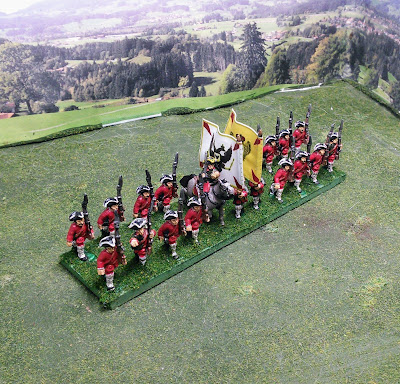 For those bored of Zorndorf, I can only tell you we are about half-way there.  These two units are my first examples of the Blue Moon miniature's Russian Musketeers in Summer Uniform.  They definitely stand out with their all-red attire.  I think they also help to represent some of the unique aspects of the Russian Army of the time:


I wonder if these contributed to the Russian showing during the battle.  The Russians were comfortable and focusing on force protection, while the Prussians conducted a forced march in full regalia, and thus arrived suffering from fatigue and heat exhaustion. 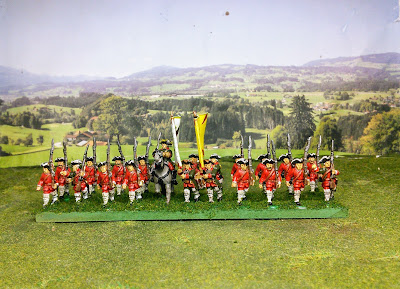 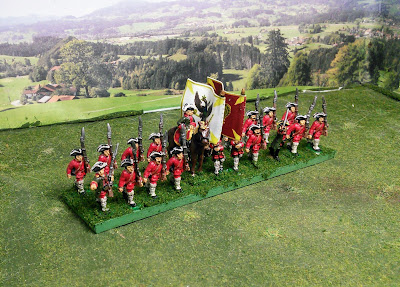 Two more units to go, and then it is back to the 2nd line to finish the rest of Galytsin's musketeers.
18mm Blue Moon Honours of war Russia SYW Zorndorf