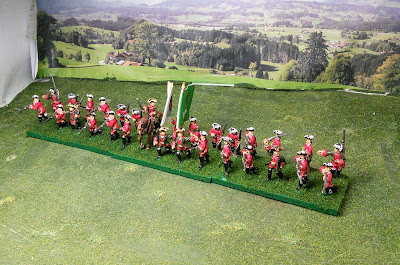 As promised, the 3rd Regiment joins the Observation Corps (oddly, there was no second regiment, just 1,3,4 and 5), this time using some of the various firing poses Eureka offers. I like the look of the figures, but they do make it difficult to rank up.  The open order basing also works well with these castings as it adds to the chaotic look of the formation in various states of firing. 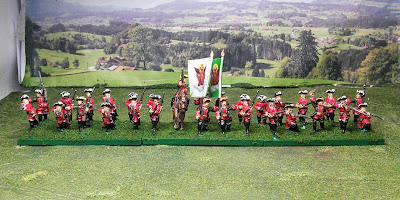 This is the last of the Eureka infantry on-hand, so the Observation Corps will go on hiatus for a bit while I focus on Saltykov's 1st line Musketeers and Grenadiers.
18mm Eureka Miniatures Honours of war Russia SYW Zorndorf