Progress!  I am trying various methods of speed up production on this army, and some of it appears to be working.  Joining Fermor's army is a sizable component of the artillery trains.

I decided to paint the limbers in stride with the batteries in order to ensure that I had complete units to field.  Eureka does two different models at this scale including a horse drawn limber and one with oxen.  They also have an option to buy individual draft animals if you feel the need for longer, more accurate trains.  The only downside is the lack of Fusiliers, sutlers or other crew for the stands.

I plan on doing 8 stands in total:  2x12lb, 2x6lb, 2x Unicorn Howitzers and 2x Shuvalov Howitzers.  All but the 6lb guns are complete using Eureka guns/carriages and Blue Moon crews.  Blue Moon recently added their artillery pieces to the 18mm SYW line, so I am thinking about getting their 6lb guns to compare to the Eureka ones.


I had to re-apply the minwax treatment to the heavy gun I posted earlier as I noticed some significant clouding in the sealant.  It turns out, it works like a charm.  Good tip to hold onto for the future...


You can see that the limbers are rather simple affairs, but they do get the job done.  (Yes, I did notice that there is a spot of green paint on one of the noses...) 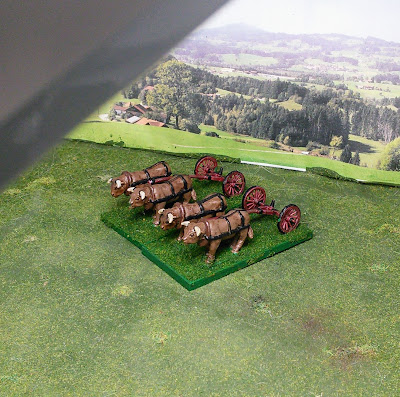 I also completed the other howitzer and unicorn, as well as touching up the edges of the bases to get a better match to Jon's basing scheme. 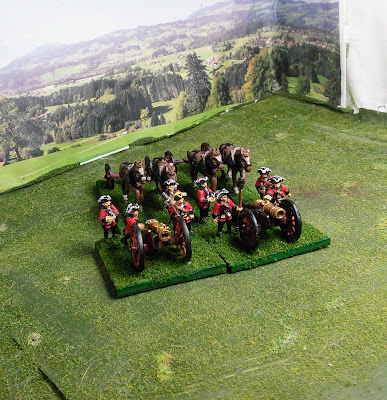 The gun carriages are all rather large, so these are mounted on 1.5" squares rather than 30mm ones.  I will have to compare them to my opponent's bases to see if the discrepancy gives the Russian side an undue advantage. 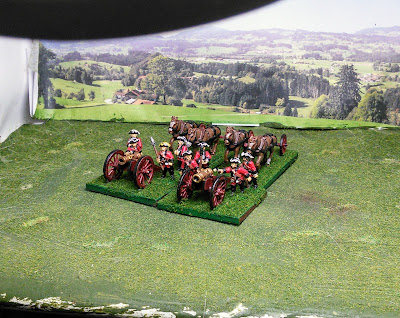 Also, I recognize that Zorndorf took place before the transition to a white waistcoats.  I just prefer the color contrast and will play with my toy soldiers as I see fit. 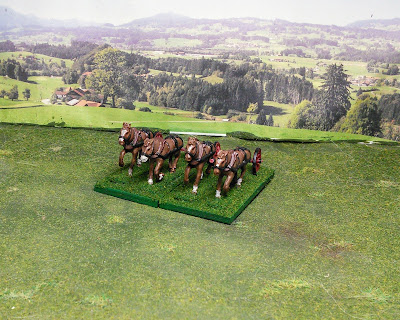 Only two more guns to go and the artillery contingent is complete. 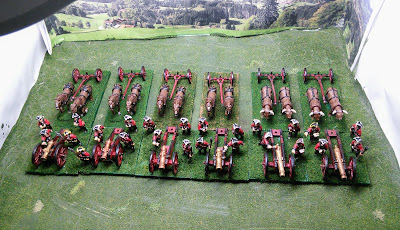