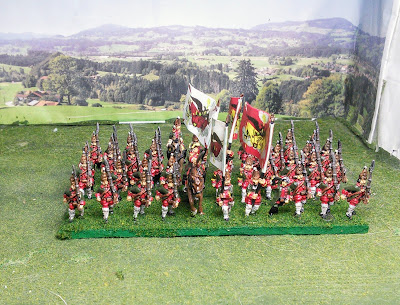 More progress towards Zorndorf 2018.  This time it is two regiments of Russian Grenadiers (2nd and 4th) to add to Galytsin's second line.  The units are composed of Blue Moon rank and file troops with command figures from Eureka.  The flags were adapted from the ones shown on the Kronoskaf site.

I went with black gaiters for the 2nd Grenadiers.  The mounted Colonel is a mounted grenadier command figure from the Eureka line. 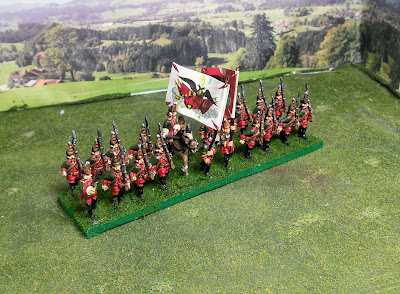 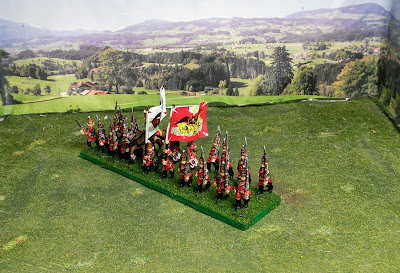 I went with white gaiters for the 4th Grenadiers, as I intend to do another 4 regiments of muketeers in green jackets and white gaiters to complete the 2nd line.  I had originally intended on doing some smaller 30x60mm stands of combined grenadiers, but the switch to Zorndorf put that plan on hold.  From what I can ascertain, all of the combined grenadier battalions were left in defense of the Wagenberg, and so would not take part in the battle. 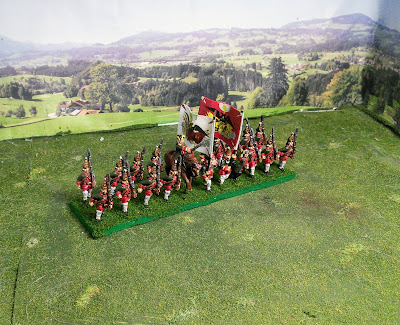 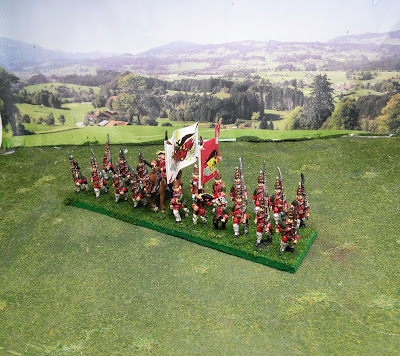 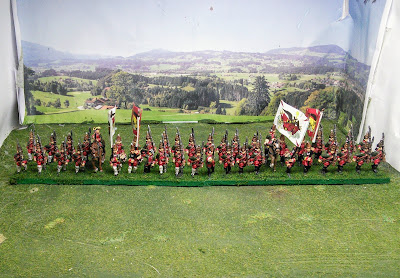