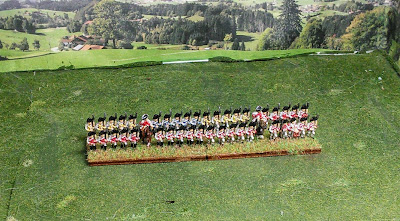 Did I mention that I was also doing SYW in 10mm?  Yes, still going ahead with that as well.  I used my Old Glory Army card to also get a sample of several Austrian 10mm packs to see how they will stack up against the Pendraken figures.  Overall, I am fairly happy. 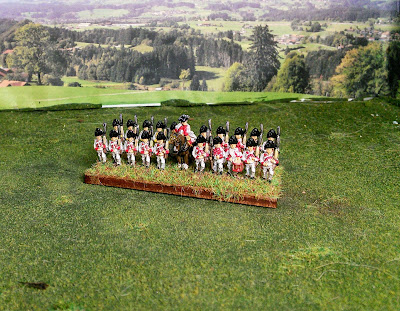 My first couple stands are some combined Grenadiers done with mostly red facings.  Each stand represents a battalion.  I did one with white gaiters and the other with black to build in a little contrast. The figures paint up nicely en masse, and I plan on adding some differences with the colors of the gaiters, as well as mixing in some Hungarian units. 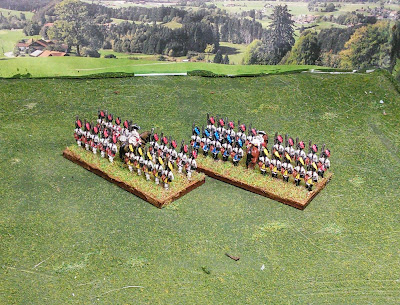 The yellow looking facings were supposed to be lt orange, but the color didn't seem to come out right in the picture.  I have a regiment each with the corresponding colors.  It is fairly easy at this scale as the options appear to be:

This is part of a more long term project as I build both sides of the primary antagonists for my own collection.
10mm Austrian Honours of war Old Glory Miniatures SYW