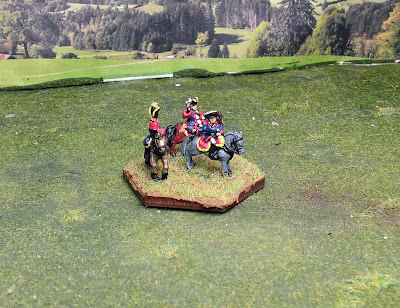 Really, I suppose this is more Der junge Fritz, but that doesn't package as well.  My first command stand for the 10mm Seven Years project includes Pendraken's General and ADC models along with King Frederick himself.  I put these guys on a hex base as opposed to the usual round, as I found in  the last few games of Honours of war  that placement of the command stands was somewhat problematic with moving around the units.  With this, I can at least line them up easier with the units they are supposed to support. 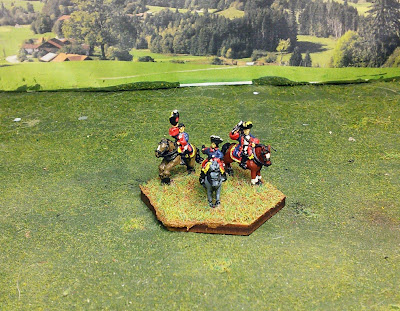 Rounding out my first trial with Pendraken figures I also painted up some 3lb cannon.  Originally, I had intended on basing these with the infantry regiments to signify Battalion Guns, but found that would require a 150mm base. 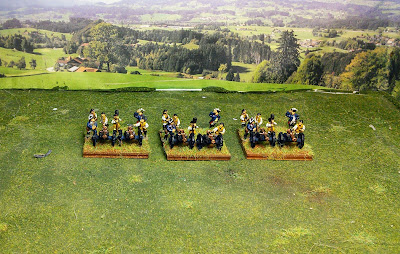 It should be noted that Pendraken sells most of their 10mm Artillery in packs of 1 gun, 6 crew + limbers.  For the 3lbs guns, however, you just get 6 guns, so I bought the separate crew pack as well.  I found that 1 small gun seemed lost on the base with so many crewmembers.  Thus I tried mounting two guns each with the six crewman, and I think it turns out much better. 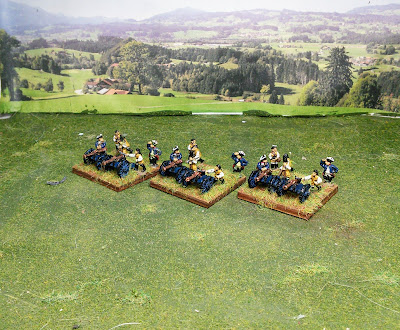 At this scale, you are trying to get the feeling of massed troops, and I think two guns on a stand better represents a battery.  (Kind of why I switched to 2-3 guns per stand for 6mm)  I am calling it a happy accident and ordering another six guns to use the rest of the artillery crews. 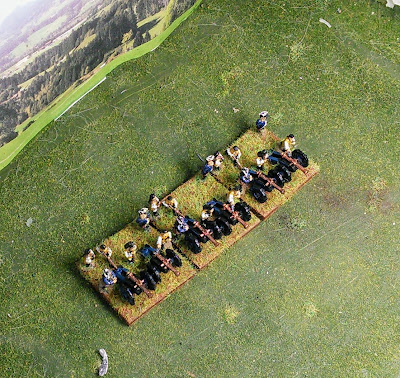 I have my order of Old Glory Austrians on hand now, so I will do a comparison of the artillery in the near future.  I am still undecided on which company to use for the bulk of my infantry, but I will get at least 1 more regiment of Pendraken to add some Fusiliers to the mix.