Renaissance in 6mm - Crossbows and Handguns 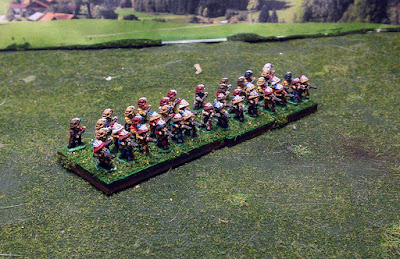 Time to add some missile troops to support the pikes!  I've added two (T) stands each of handguns and Crossbows to augment the (S) stands that come with the blocks. 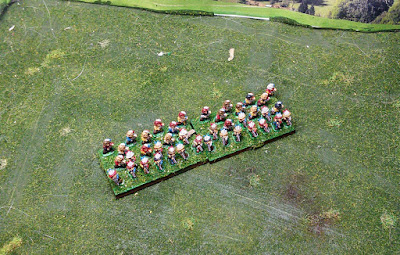 The packs only come with 2 poses (1 loading, 1 firing) for each missile type.  I opted to go with 20 figures each, with a strong firing line forward and mixed personnel behind preparing their weapons.  I think the mix of colors, and spacing helps to add some variety to the limited stances.

For the handgunners I went with the same mix of colors I did for most of the landsknecht.  For the crossbows, I tried to go a little more uniformity.  I have one stand to match my black legion: 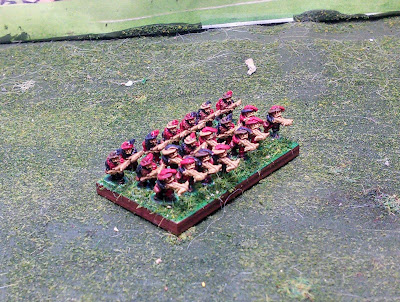 And another to match some of my 'swiss' 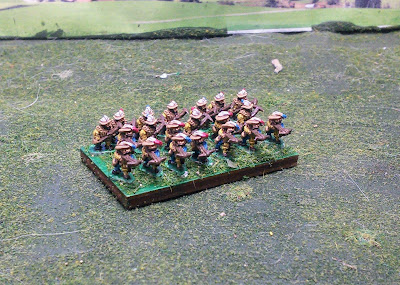 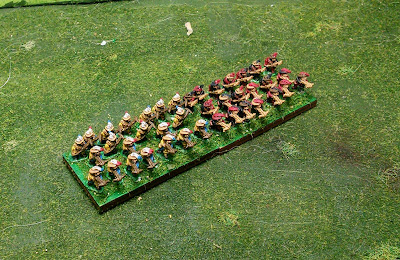 I only have enough figs for about 1 more block at this point (to include skirmishers).  If I can get them done in April than maybe I will have some time before the cavalry are released.
6mm Fantasy Impetus Microworld Games Renaissance