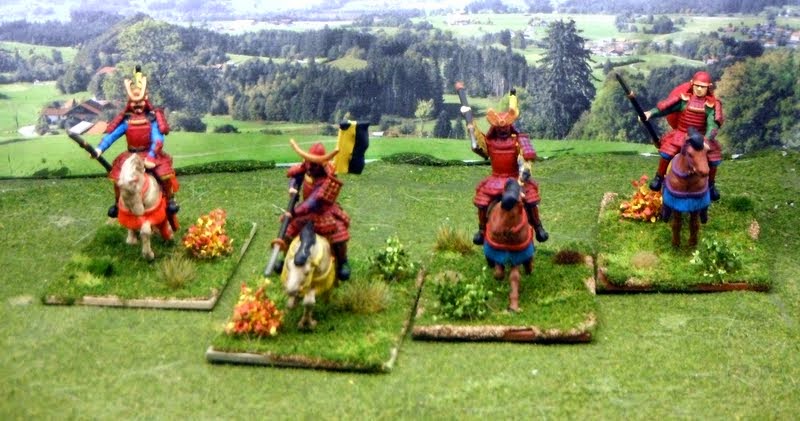 Another addition to my growing Samurai Skirmish force.  These are more of the Wargames Factory Plastics.  This time from the Samurai cavalry boxed set.  You get 12 riders in this boxed set with the options to arm them with Katana, Naginata or Bows. Also, you get more shoulder pieces than in the boxed set, which allows for a heavier armored appearance.  As I am doing my models for the later Sengoku period I opted for Naginata armed cavalry. 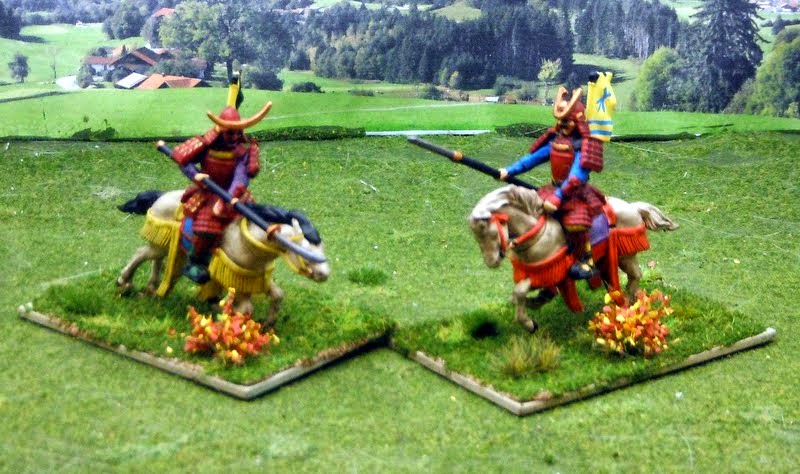 This kit also comes with a wider array of headpieces and war fans that I am also using to accentuate my remaining foot samurai.  The horses are on the slight side, compared to their riders.  This looks somewhat odd, but is actually in keeping from what I have read about the horses used by the Takeda cavalry.  The sculpting on the horses is a little spotty around the heads, with the "head down" charging model having very little detail around the head and an appearance more befitting a 6-10mm sculpt.  That said, still a great value and an easy way to build up a cheap cavalry contingent. 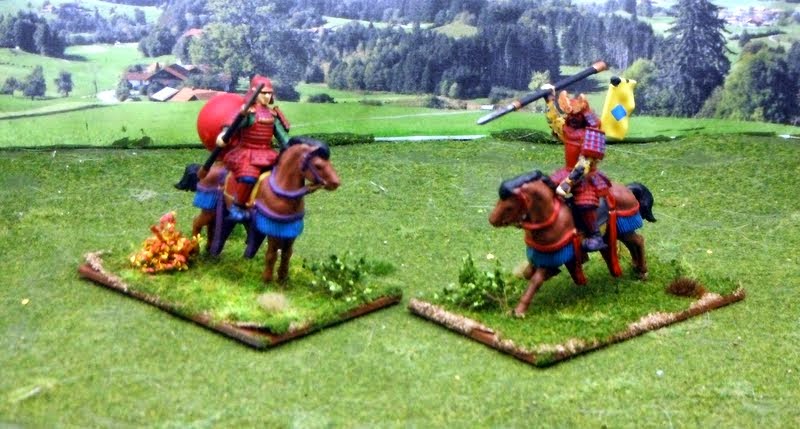 Another nice addition for this sit is the Horo rather than just the normal Sashimono.  This allows for marking a Messenger or otherwise give a 3D change. The model does have a pretty heavy seem, so I will replace the one shown a puttied up version later. 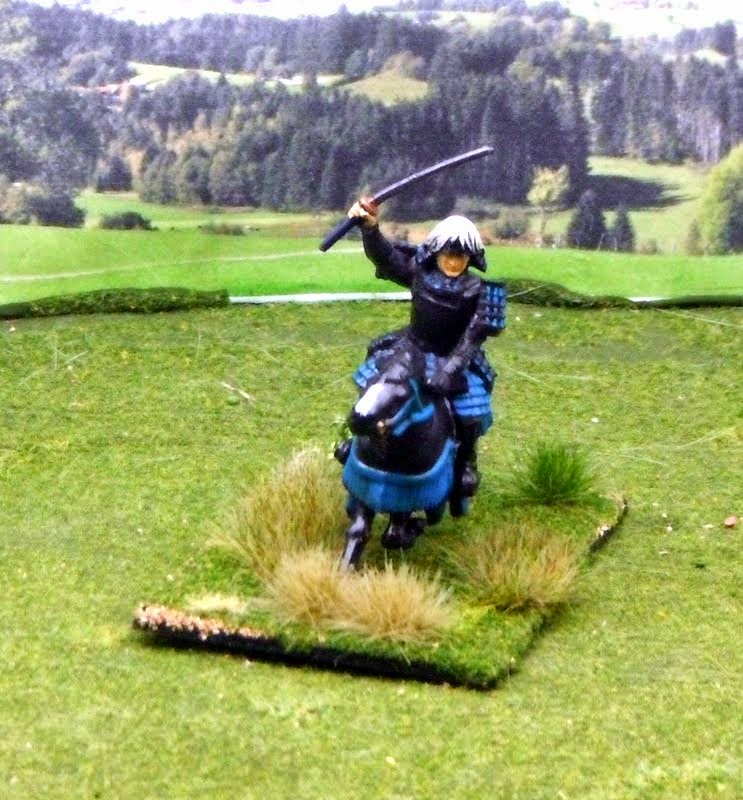 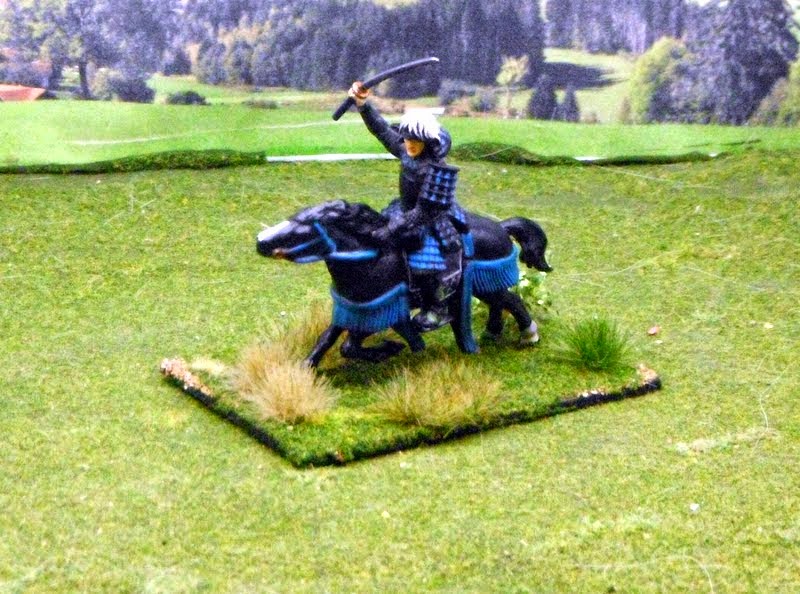 He will be the first for my Uesegi contingent.
28mm Lion rampant Saga Samurai Wargames Factory