Following up from last month's push for more Renaissance Handgunners, I based more of my 90's Era WHFB Empire troops to create some (T) Harquebusier units for Impetus. 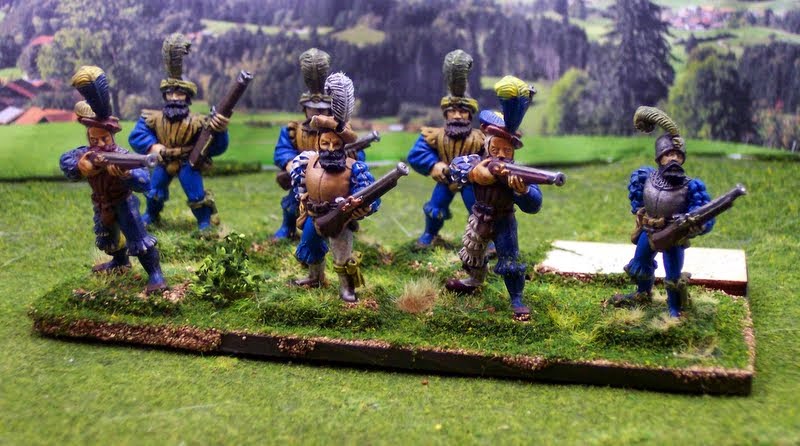 I chose to leave them on their old slotta bases as I did not want to try drilling out the large base, nor trimming off the miniatures original tabs.  They look fine from a distance and work well for what I am looking for.

I also added a group of Crossbowmen using some 80's era Citadel figures mixed with some of the "Battlemasters" plastics that GW for the MB board game.

There are seven figs per base rather than the usual 8 as I wanted space for the bases as well as accommodating the unit's stats tab.

I have a few more Crossbowmen I am finally getting around to completing (20 years later...), so I now have enough to field both my armies without needing to resort to Sabot bases.