March 14, 2015
My Son is on Spring break this week, so we celebrated by doing some miniature gaming.

I ordered Osprey Publishing's Ronin off Amazon back in January, and opted to pick up Lion Rampant on a lark at the same time.  (The game has been making a pretty good ripple in the hobby, so in my typical late-adopter style I decided to give it whirl.) 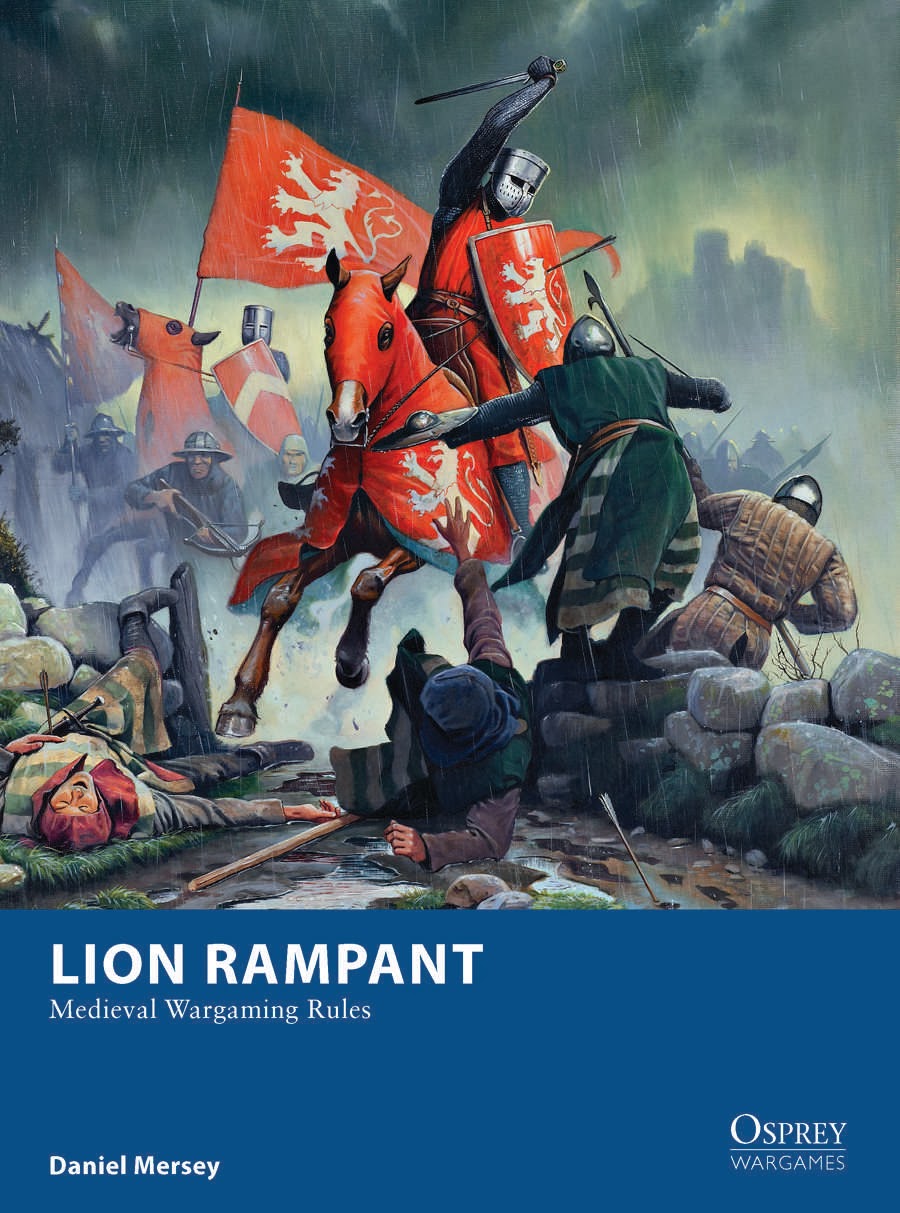 He and I tried a few games of Ronin, but found it was not what we were looking for; the rules were a little too complex for a 9-year-old and I found them a little too bland for my tastes.  Not a bad game, but it didn't have the Japanese 'flare' I was seeking.

I like these rules, and, more importantly, so does my son.  It fills his need for a fist full of dice (units either roll 12 for full strength, or 6 for <50%) and has a simple set of stats for him to read and roll.  You decide what you want a unit to do (Shoot, Attack (Charge), Move) and roll against that stat on 2D6.  If you meet the roll, you take that action, if you fail, it is your opponents turn.  You then throw your fist full of dice and count the number of dice that meet or beat your designated value.  (You have an attack value, defense value and shoot value)  There are no saving rolls, rather each unit gets an armor value that indicates the number of hits required to remove a figure from the unit.

The rules are simple and thoroughly enjoyable.  To date we have tried some games using Vikings vs. Anglo Danes, Samurai vs. Sohei, and Elves vs Skeletons.  The only modifications we have made is to accommodate my different basing/unit sizes by changes the base games unit size (either 6 or 12 models per unit) with "HITS" reflecting how many damage points the unit can withstand before things go South.  In our most recent outing, I gave each unit 2-stands.  Once one unit lost a stand it went to half strength.

The Author is the same person who wrote Dux Bellorum and has both a personal blog with links to other reviews, and an active Forum that includes plenty of variants.  This game is wonderfully simple and engaging for both a 40 something and a grade school-er, you could do worse.

Not the best review out there, but I suppose I want to get back to playing this game with my son......
Fantasy Father and Son gaming Lion rampant Osprey Product Reviews