February 16, 2015
After all the fun of actually using my Renaissance Army, I thought it might be nice to add some more figures to collection.  I only had two guns available for the game I hosted last month, so it seemed a good area to complete.

Firstly, I completed a third Demi-cannon.  This is from Wargame's Foundry and is a very nice looking piece.  In addition, the crewmen come with dynamic and interesting poses. I went with the red and black color scheme to set it off from the other two. 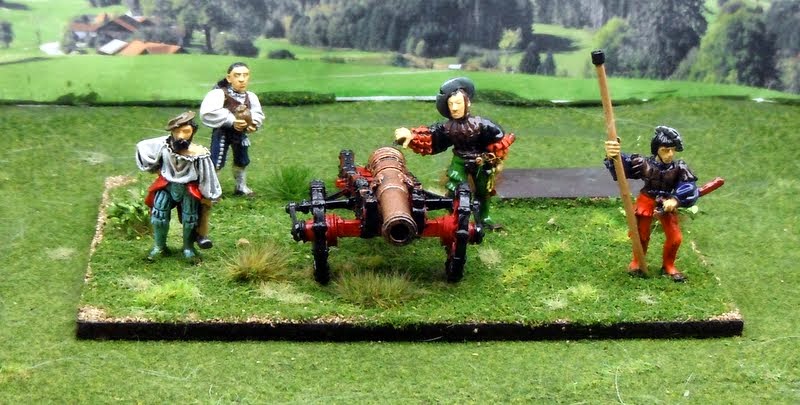 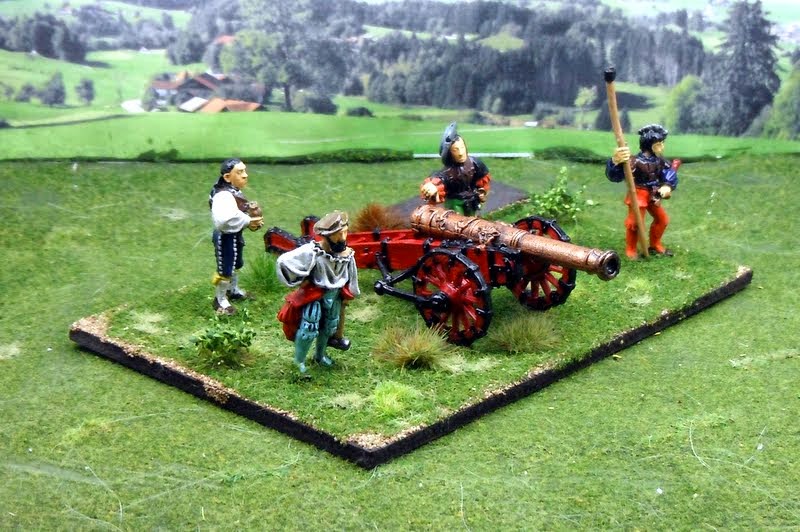 Joining them is a Foundry Great Gun.  I have left all of my Artillery loose on the stands in order to allow me to swap out the guns depending on the game.  I am planning on picking up some organ guns in the future, and also have a mixture of old Games Workshop Empire artillery piece that can serve as Organ Guns and Mortars in a pinch. 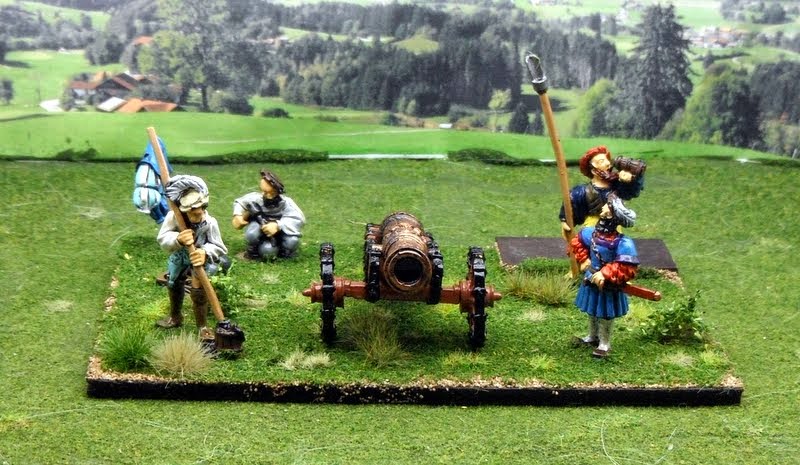 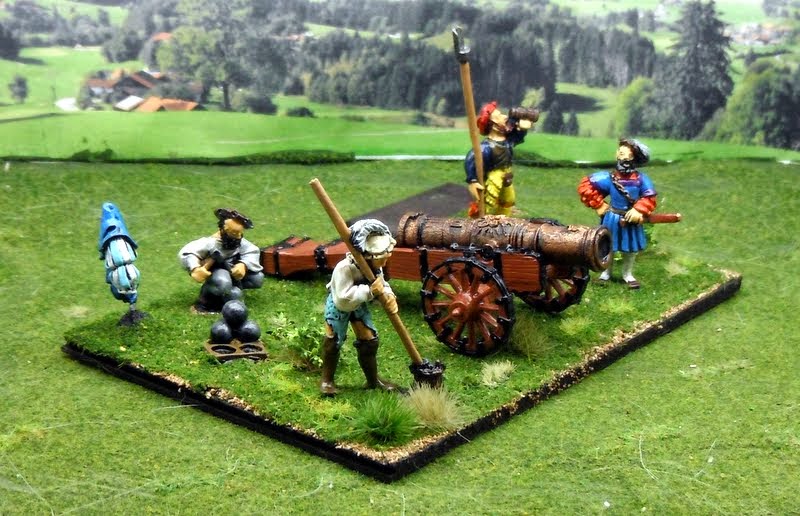 I was unable to locate the casualty figures I had done prior to this army's debut game.  Now that I have located them, I decided to mount them on circular bases to make them a little more noticeable.  I intend to use them as disorder markers for the next outing with Advanced Impetus.  I may need to order a couple more packs from Caliver Books, however.