Following up with my plan to get the OOB for Raszyn, I've got three stands of combined Elites.  I opted for two stands of Grenadiers and one of light infantry.  I considered adding in Grenadiers in Bearskins for more period authenticity, but I want to maintain the "Polishness" of my small force.

In keeping with unique basing plan for easy ID I went with four Ranks of Grenadiers rather than the usual three.  The figures have a mix of facings to reflect their ad hoc nature. 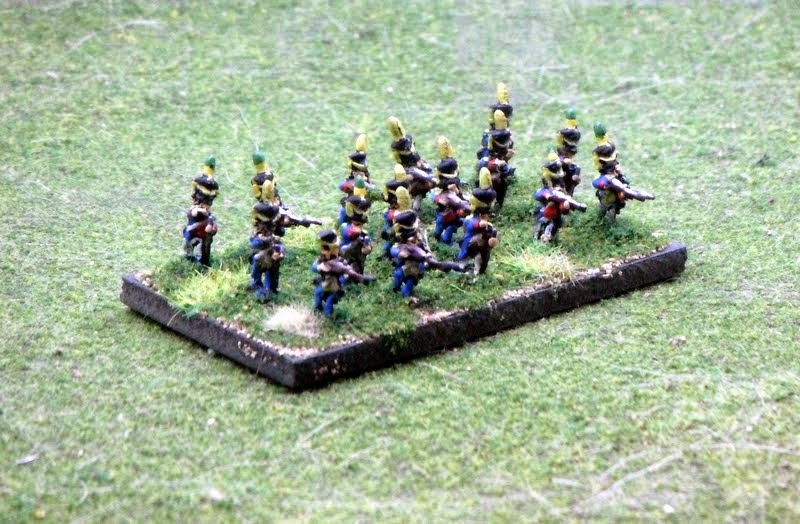 I also painted up a pack Artillery to give support to the force.  I have three of foot, and one horse artillery.

For the horse artillery I decided to try something different:  I used some of my French Chasseur castings to add a mounted artilleryman to the group.  I think it works well enough that I modified my French Horse artillery stands to boot.

The rest of the force is now on hold until I get my reinforcements from Baccus.  I have a few appropriate models for leaders, but my quest for an appropriate model for the Prince continues...