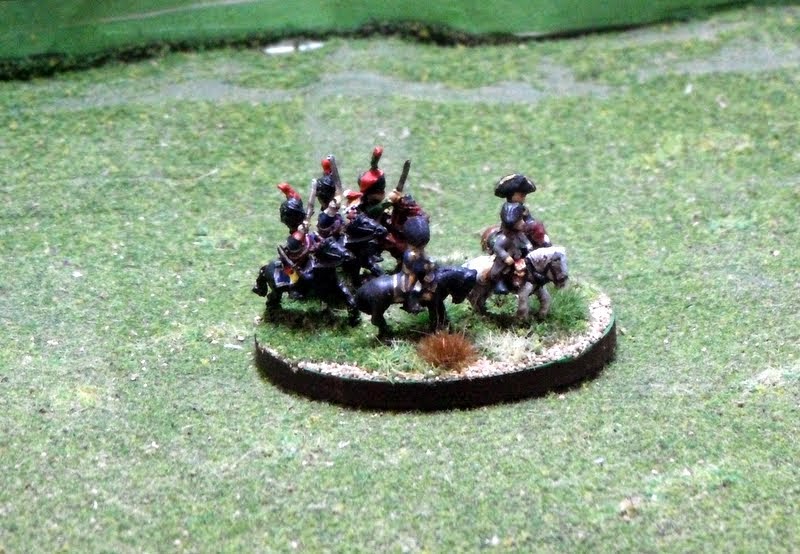 At long last, the man himself in 6mm!  As long as I am painting the guard. I figured I would get him completed as well.  (To date the only French Marshal I have done is Davout (twice) For this little vignette, I have used all Adler sculpts.  You have Napoleon center front, and Marshal Berthier taking notes/recording orders in his green leather notebook to his right. 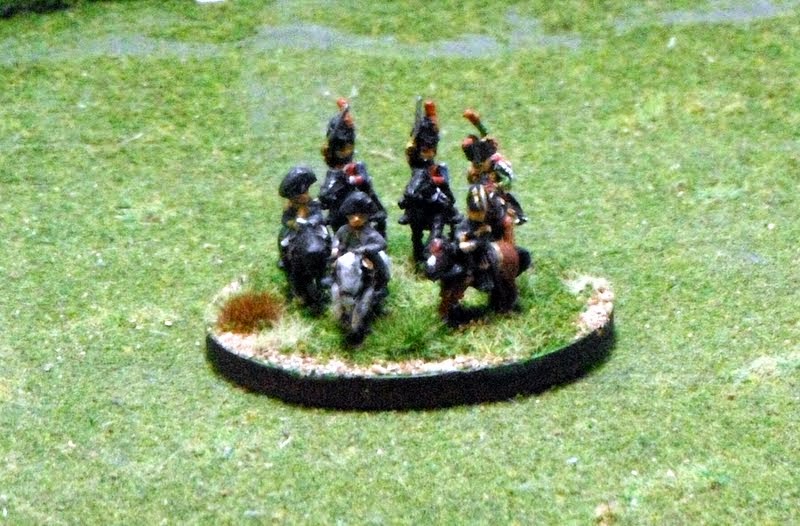 On his left is one of the Generic Marshals from the Adler pack (You get something like 26 figures including 14 named characters in the pack.)

I found a few extra strips of Grenadiers a Cheval and decided to do a few as the Gendarme's D' Elite to go along with this stand and perhaps a couple other painted Marshals.  (There are two here along with a single Guard Chassuer).  I also added a couple more Grenadiers to the main stand to beef it up a little.  With all of the units done, it is time for some family photos.

The Infantry units now have standards (Proper colors for the the Old guard and Fanions for the Middle/Young.  They are more stylized than the proper banners seen on Blunders on the Danube, but work fine for 6mm.  Affixing these paper banners really highlighted how thin and fragile the Adler flag poles are, and was frustrating enough that I opted to hold off on the cavalry until I could find a better solution.

I would declare this unit done, but any long-time reader of this blog would recognize that as a damned lie.  I need to paint at least two division commanders and then do some appropriate Limbers and Caissons.  By that time, Baccus may finally release their Imperial Guard models, and I might take advantage of the compact strips to add a few extra battalions to each formation.