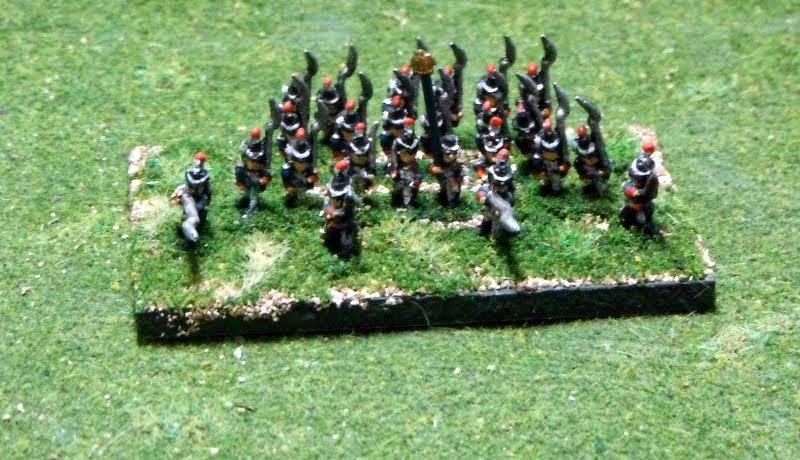 Well not quite the "Young Guard" yet.  These are the Tirailleur-Grenadiers done using Baccus' updated Elite Infantry sculpts (Both the strips and the Skirmishers)  The new sculpts are more finely detailed than their predecessors,and the plumes and bayonets are both thankfully more robust than their Adler counterparts.  These also do not seem to suffer from the same "weak ankles"  I noted with the new Grenadiers.  The biggest improvement is by far the skirmishers.  I have several dozen of the old sculpts awaiting completion but they look chunky and crude by comparison.  Overall a very nice improvement. 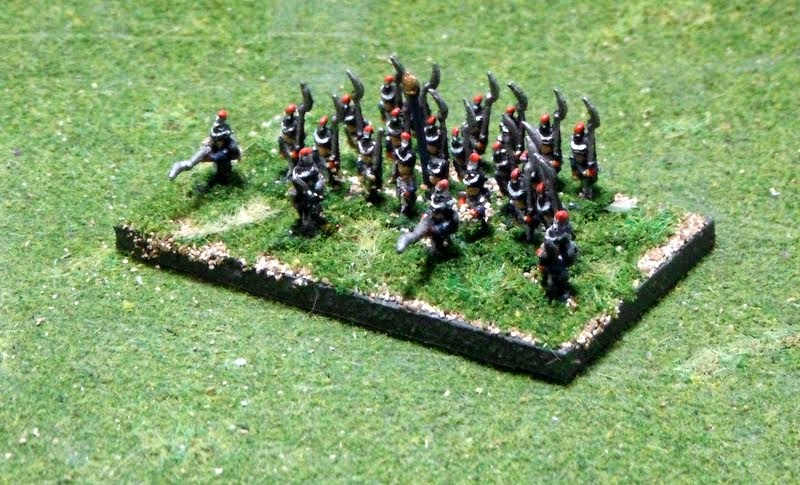 I used the same sculpts to do the Tirailleur-Chasseurs as well. These two units represent the only Baccus figures in my IG Division and look better ranked, although their smaller size sticks out.  I now have two stands each of the Old, Middle and Young guards which should be enough for any planned scenarios for the 1809 campaign. 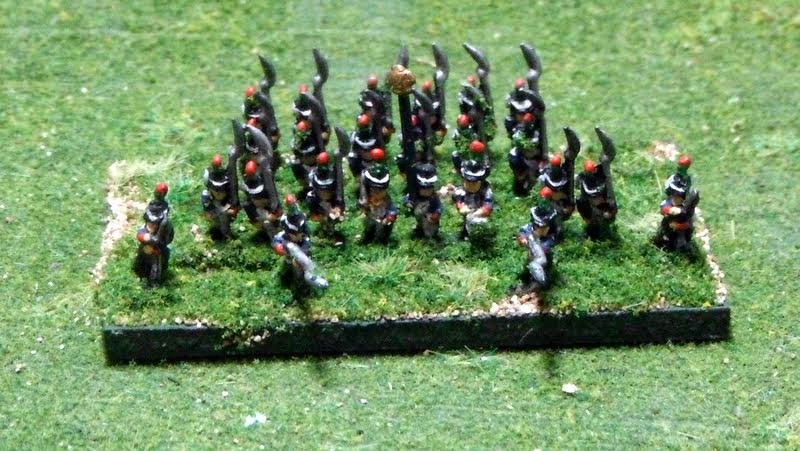 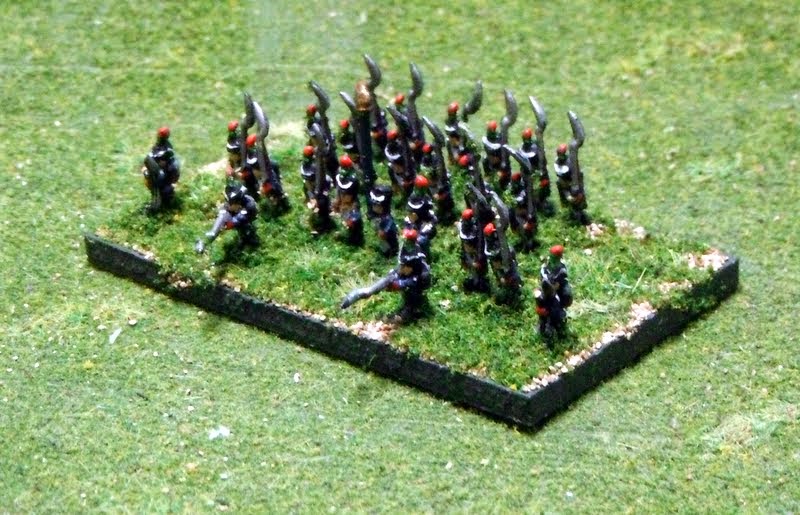 I am now left to work on some Banners/Fanions for the Guard as well as finishing the Emperor himself as a "Division" commander.  (I did Charles awhile ago, so it seems time.)
1809 6mm Baccus French Imperial Guard Napoleonics Product Reviews