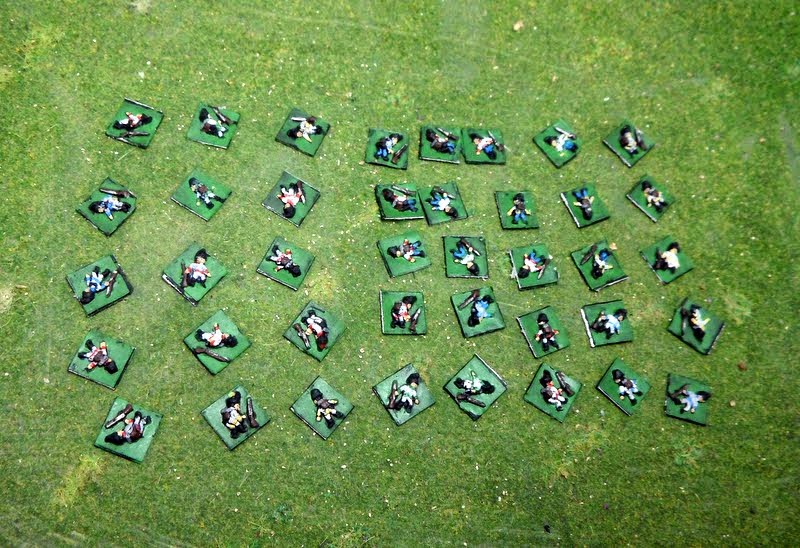 Following up from the Adler French casualty tokens I have these Austrian ones from Baccus.  These are just the Infantry tokens from the set.  (I still have 15 Cavalry casualties to do.)  You get 40 infantry pieces in a pack and they are fairly good half castings.  The detail is perfect for the scale, and they are much more durable than the Adler figs.  (There is nothing sticking up to snap off.) 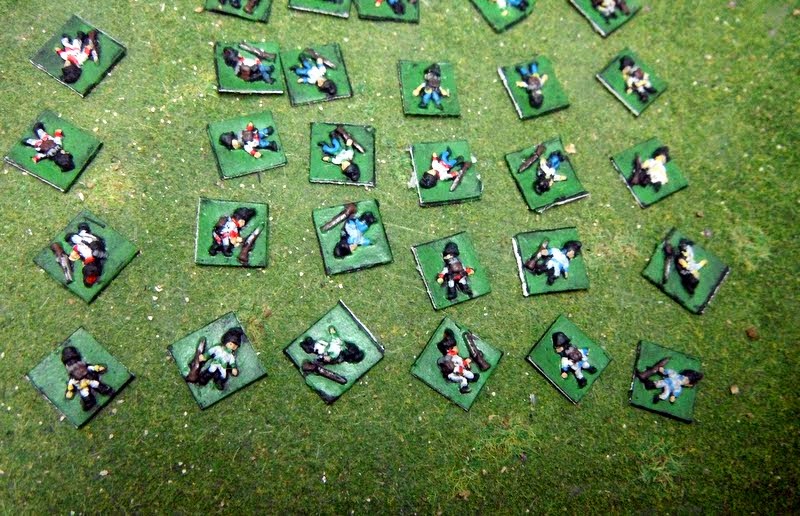 The castings include a mix of Helmets and Shakos with some grenadiers thrown into the mix as well.  The cavalry figures will take longer as they are no where near as clean.  In fact the detail is very hard to pick out and they look more like molten lumps without the paint.  Not a slam, it is just that I had a hard time telling them apart from the Norman casualties I got at the same time.

If I had any other critiques of Baccus' current casualty line it is that lack of similar French castings.  (There are British and Russian packs, so I assume they are pending...)  Also, there are no destroyed artillery markers.  In the past I was able to get some castings from the ACW range, but that pack has been replaced by the standard 40 infantry and 15 cavalry marker set.  (The old one included ammo crates, destroyed cannon and some standing casualties).  Overall, though a solid set of durable counters for 6mm gaming.
6mm Austrian Baccus Napoleonics Product Reviews