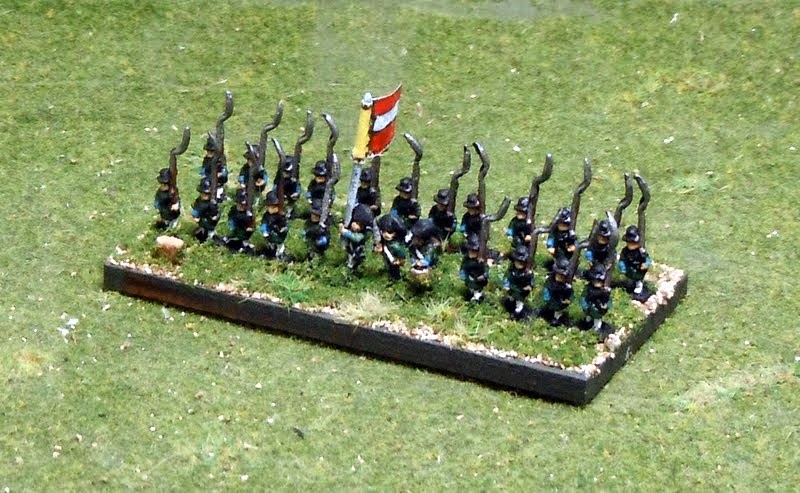 In my previous post of the Erzherzog Karl Legion I mentioned that I had run out of Command figures.  I thought I should probably post the units that used them as well.  Using Peter's posts on the Austrian Landwehr for my inspiration, I opted to do some of the Army of Inner Austria.  I went with one stand of Red Facings and one of Blue Facings for easy differentiation.  The standard for the Red Facings unit was based on Peter's interpretation for the Carinthian regiment, while I went with the Salzberg arms for the other one.  (Only later realizing I should have done yellow facings.)  I plan on rectifying the issue when I next order some models from Baccus. 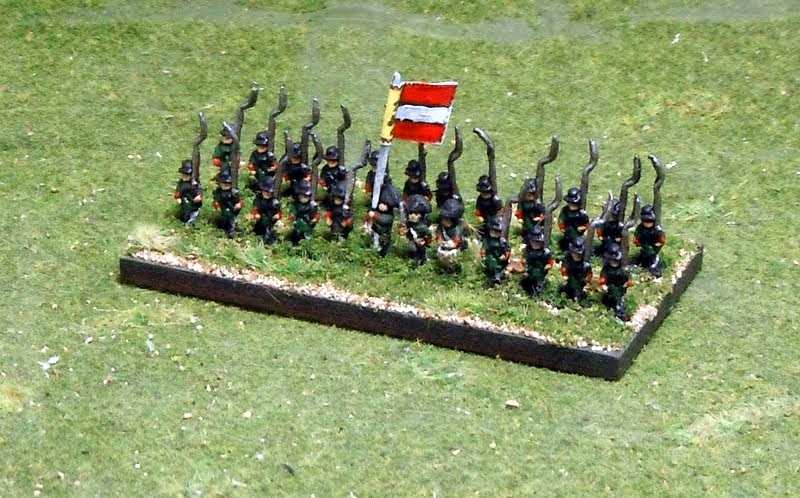 This gives me 6 stands total of Landwehr, but they are so easy to paint and look good enough that I will need to add beef up the formations in the future.