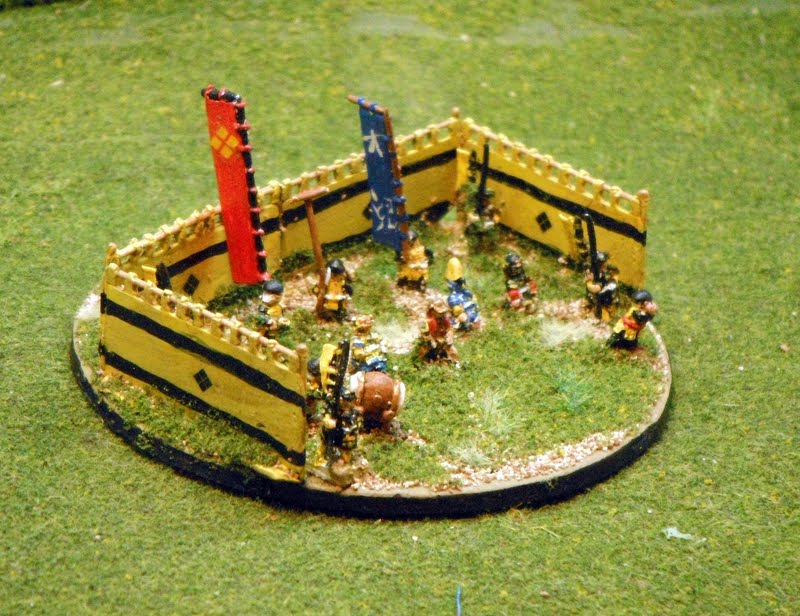 A long time between posts, but several projects are now nearing completion on the bench.  The last of the Sassanids are awaiting basing, and my 6mm Normans are waiting alongside.  First up, however are my 6mm Sengoku Era Samurai for Samurai Battles.  This is by far my favorite game for 2012, and I have actually done up sets in both 15mm and 6mm.

The picture above is of the Baccus Samurai Command tent.  It is a nice little vignette piece with a lot going on.  The Taiko drum is just visible on the left, and their is a conch blower on the far right.  I chose not to add the table with the heads on it, as I find a head viewing ceremony during a battle poor judgement.  Particularly if there are any Oda generals lurking  in the rain nearby.

I have painted up enough stands to cover all of the scenarios in the basic game with the primary forces painted in Red and Yellow to match the book:

Each force has units done in the base color as well as units in base black with yellow or red details.  This allows for those stands to be swapped back and forth depending on the scenario. 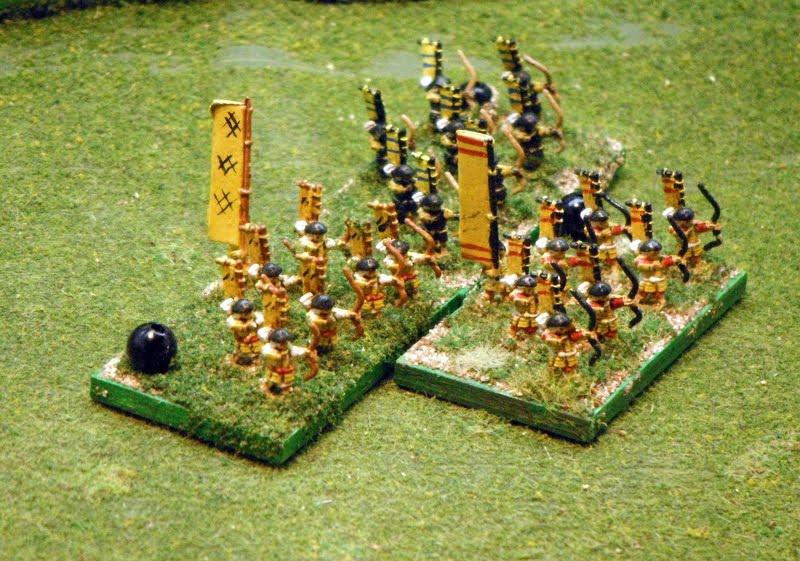 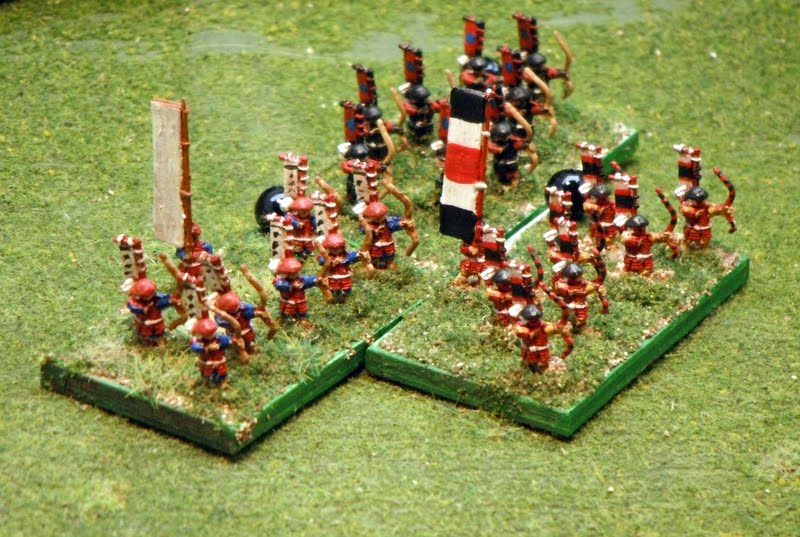 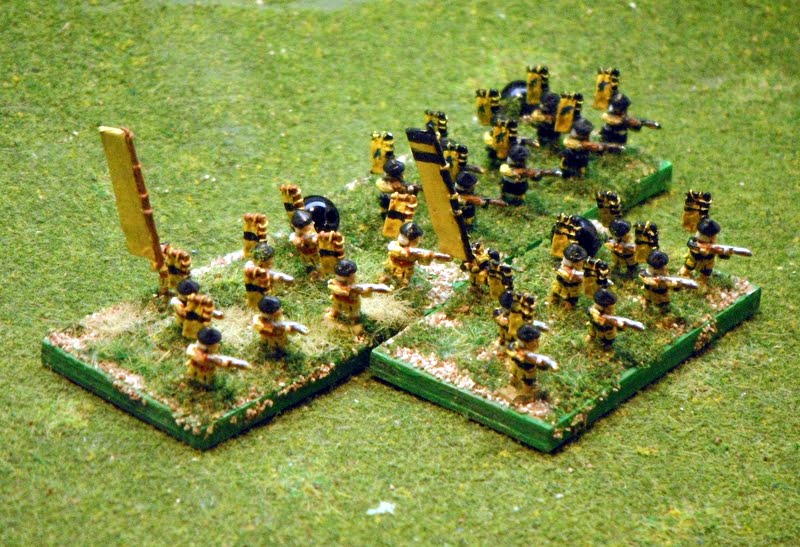 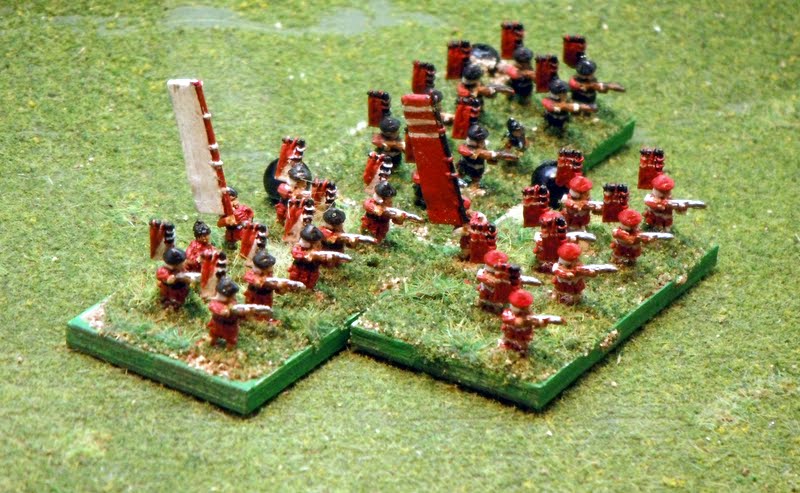 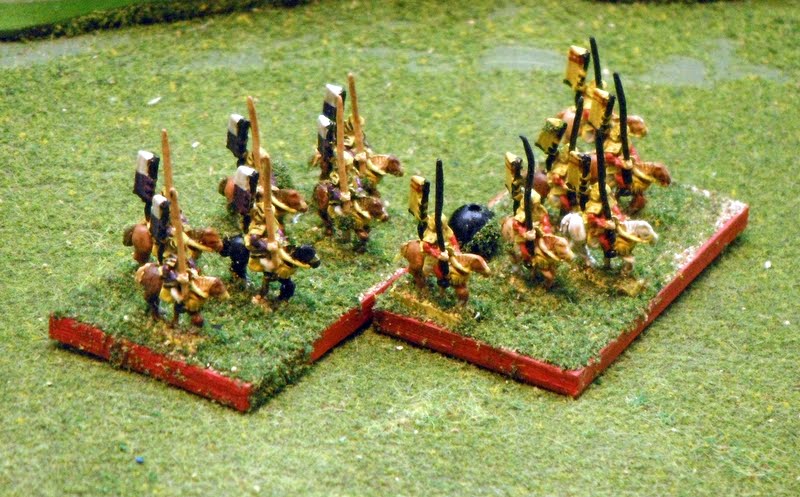 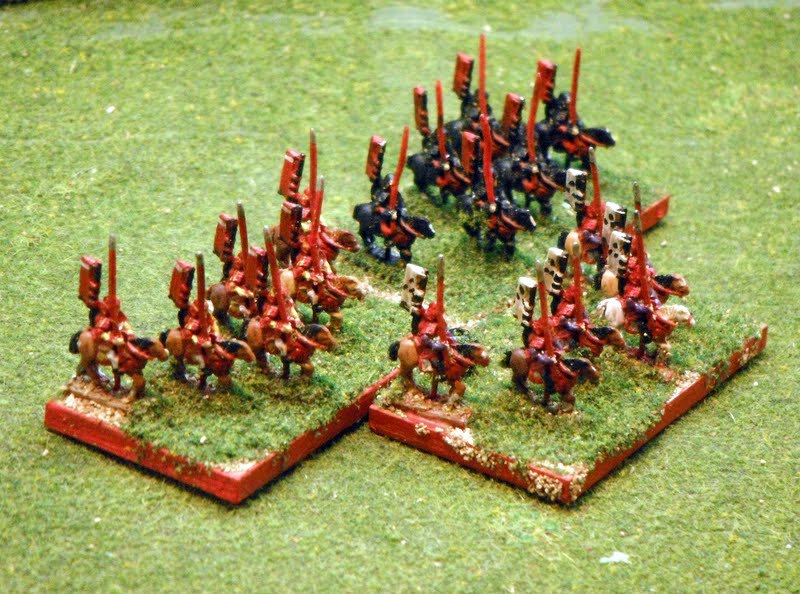 I still have 2 units each of cavalry, samurai, archers and handgunners as well as the Samurai Generals.  I will complete the former as time permits and the later eventually.  I still have all of the generals painted for my earlier age of war set that work just fine. Especially as there is a lack of Foot generals in the catalog.  Jon has posted some shots of these figs in action over at his blog.

That said, these are actually my favorite models so far from Baccus and probably 6mm in General.  The detail is crisp and the models paint up beautifully.
6mm Baccus Samurai Samurai Battles