Gamecraft Miniatures released a larger version of their MDF stacking storage boxes.  These boxes are 22.25"x 8"x 1.875" tall.  That makes them twice the length of the smaller tank transporters, but the real advantage is the depth.  I wanted to find a safer way to move around my 15mm Samurai, and these are deep enough to keep me from crushing spears. It is worth noting that these are priced at more of a premium than the11"x8" units.  Each one is priced at $24.50 versus the $9 each for two of the smaller boxes.  So you are paying $6.50 primarily for the added depth.  In addition, they do not come with any foam inserts, although I found large 12" x 18"sheets at a craft store for about $0.70 each.  The boxes are stackable and configured to allow you to stack the smaller tank transporters on them as well.  All said, I picked up two and am happy with them. 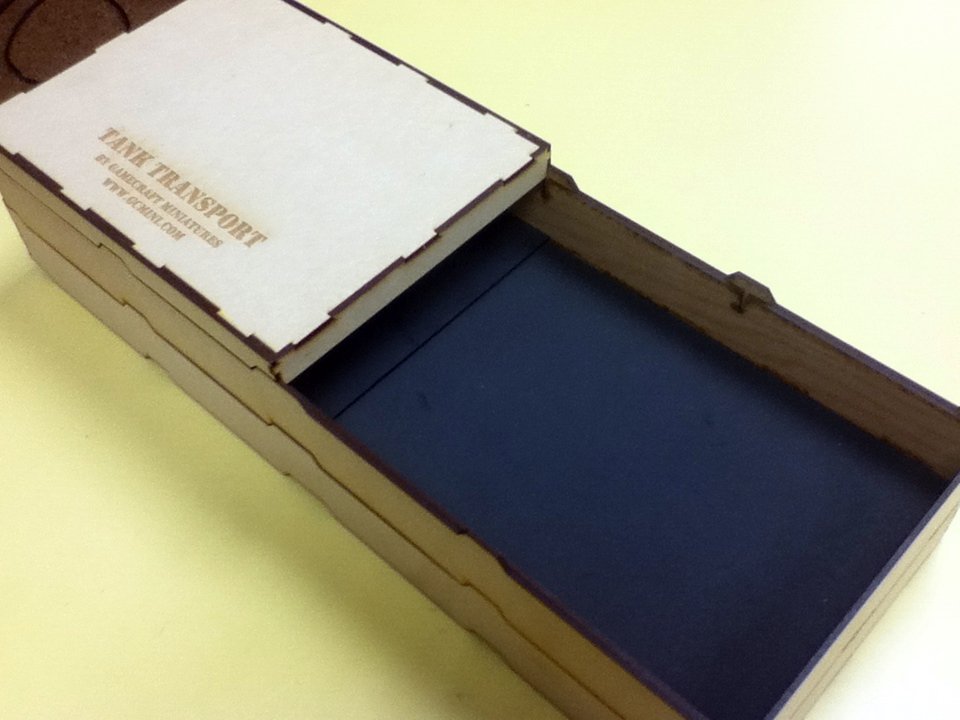 I also picked up 1 more of the normal sized transports and two lids to aide in storage/transport.  (This brings me up to 10 small trays total)  The lids also have the added advantage of increasing the height of the normal boxes which allows me to transport/store my 6mm lanced-armed heavy cavalry without bending the lances.

Assembly of the units is relatively painless.  There is an assembly video on the website which makes it very straightforward.  I use wood glue rather than CyA which takes more time, but I think makes them more robust.

On my previous article on these containers I started by attaching the side plates to the side panels. 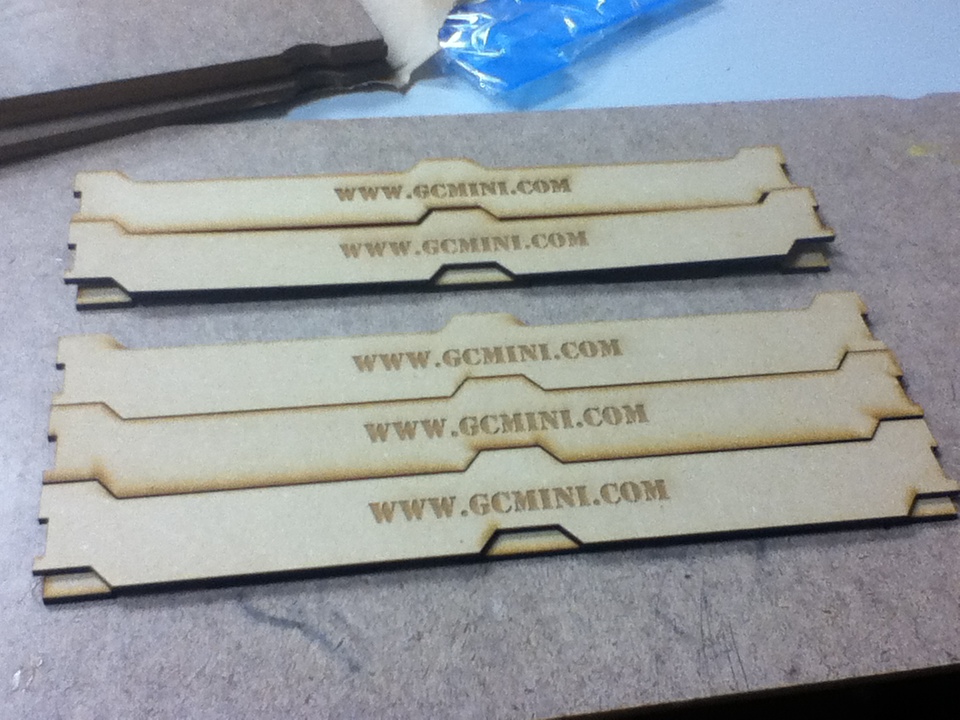 Do not do this.  I found it was very easy for the plates to slip and cause issues in stacking.  Instead start by attacking the sides of the box to the base


The large box has much longer panels and needs a lot of support to keep the central portion of the long rails from pulling free.

Once the sides were dry, I then added the stacking rails to the long sideon a flat surface.  This ensures they are square and the units will stack correctly.  I used binder clips as improvised clamps to hold them in place 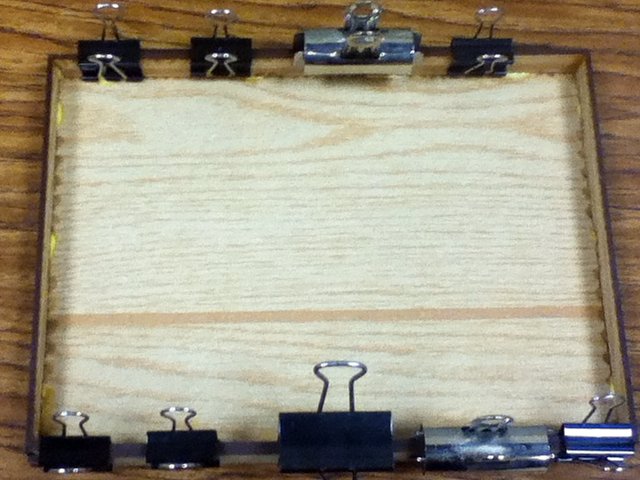 The finished unit is a sturdy box.

This is my fourth order through Gamecraft and overall I like what I see.  Allen is responsive to requests (I asked about the large boxes and 4" hexes and they appeared on the website within a few days.)  He runs frequent sales and there is even a rewards program.  (You basically get $1 credit on future orders for every $1 you spend)  He was even nice enough to do some name plates for my storage boxes when I asked about the ones I saw in his videos.  The turn around on orders is varies from 2-4 weeks, which probably reflects the influx of orders during discount events as well the need to process special orders.  Compared to other precision wood cut companies (cough, Litko, cough) however, this is blazing speed.  I noticed on their website that the patent issue for laser cutting foam has been sorted out and you can now buy the 11x8 trays with foam cut out trays instead of just foam sheets.  Having cut a few trays by hand, it is more than worth the extra couple of bucks to have them do it for me in the future.  (Your mileage may vary.) 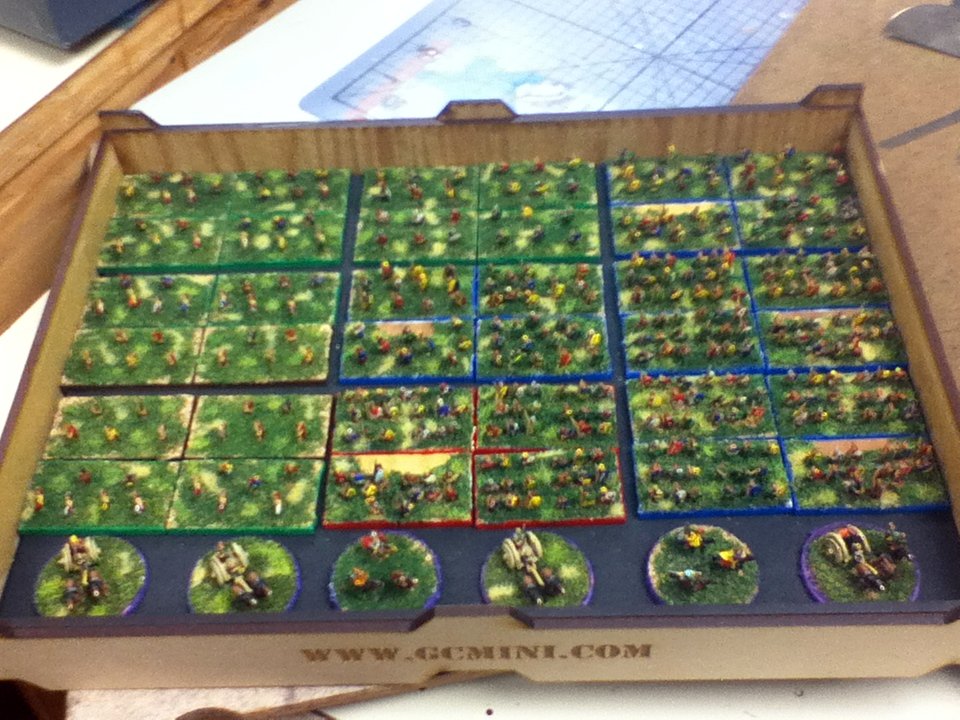