Samurai Battles has rapidly become my favorite new set of rules.  You can play a satisfying game in under an hour, and the Command and Colors mechanic ensures the game stays competitive until the very end.  I played several games over at Jon's last week, and he did an excellent write up on his blog.

I finally completed the rebasing process for my 15mm Samurai, and I really like how they have turned out.  I have a grand total of 46 units complete, and of course still need to paint more Ashigaru archers.  I wanted to bring the game along with me to my in-laws for Thanksgiving, but, space being limited in truck, I resolved to make a little more readily transportable set for the game.

I have been trying to off-load a pile of Baccus Gempei-War (12th Century) era Samurai for quite some time now without success.  Taking a close look, I decided that I could use them to make a passable unit set for Samurai Battles in 6mm.  In time, I can probably convert them back into 12c. units if the need ever presents. Here is my breakdown: 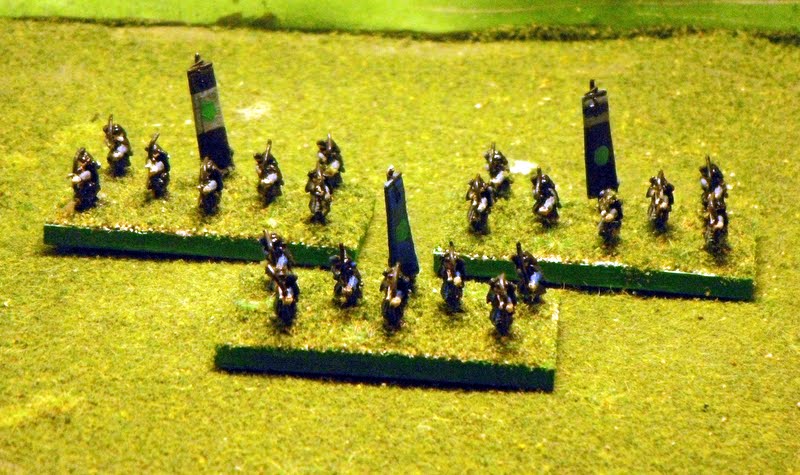 The only units I could not readily convert were the Teppo Ashigaru, so for now they will be represented by War of the Roses Crossbowmen. (sorry.)

As you can see from the pics, I did my best to differentiate the forces for rapid identification.  Green units got 1 standard, blue received 2 and red 3.  I also tried to integrate the green circle, blue triangle and red square into the standards. Finally the bases were painted to match the unit color.

The set is comprised of two sides: Red and Black with clothing colors differentiated between units.  The unit colors are a nod to "Heaven and Earth" one of my favorite Samurai films.  I did some leader stands using individually based Sohei and Horse Archers 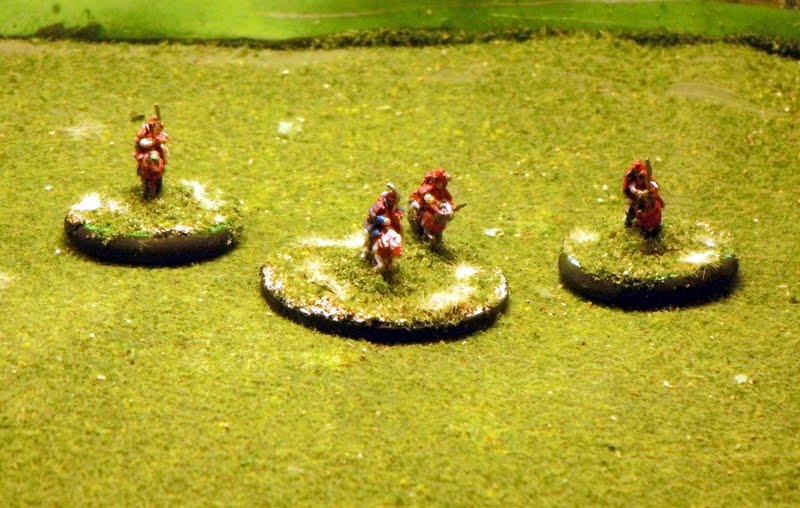 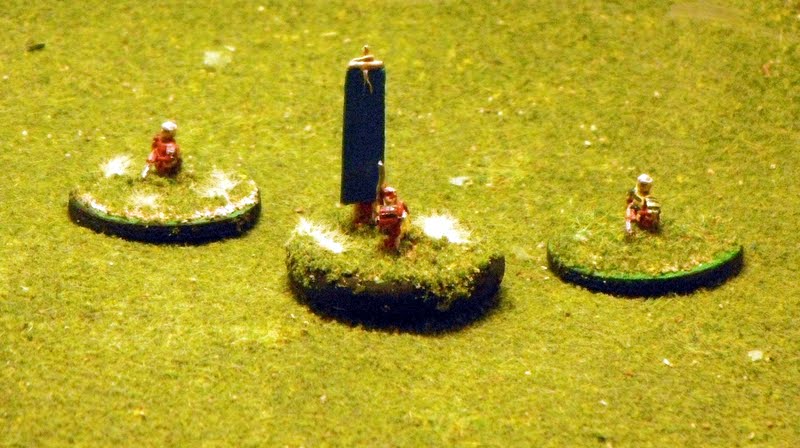 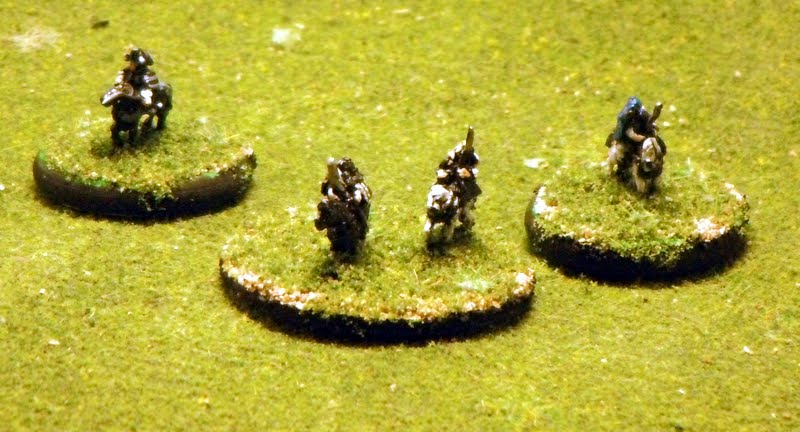 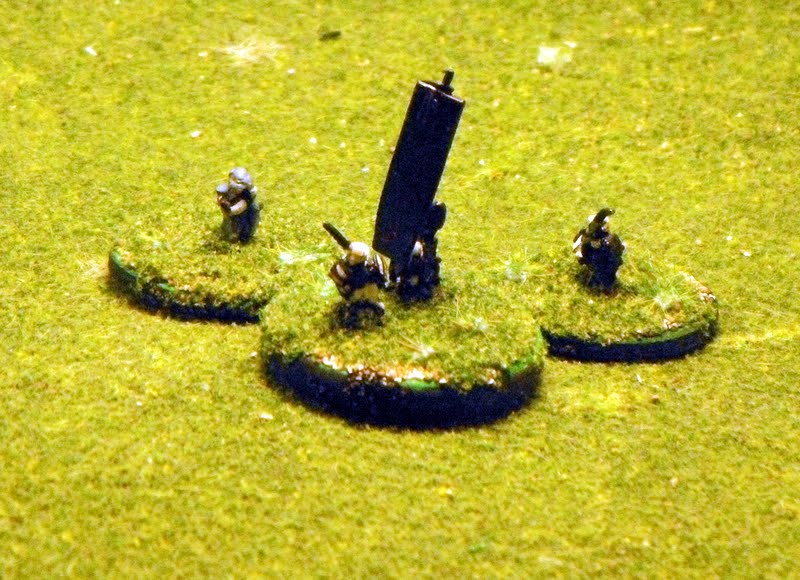 Overall, I like the look of my two Samurai Armies.  Although, I will probably replace them with some Sengoku era sculpts as time permits.


The picture on the top is from their first outing in a game with my Brother-in-law.  That is scenario #1 -Samurai Skirmish, and in true Samurai Battles fashion I lost 4-5 in the turn that started 4-1 in my favor.  (A fortuitous mix of Dragon card, First Strike and Infantry Onslaught cards on his part.)