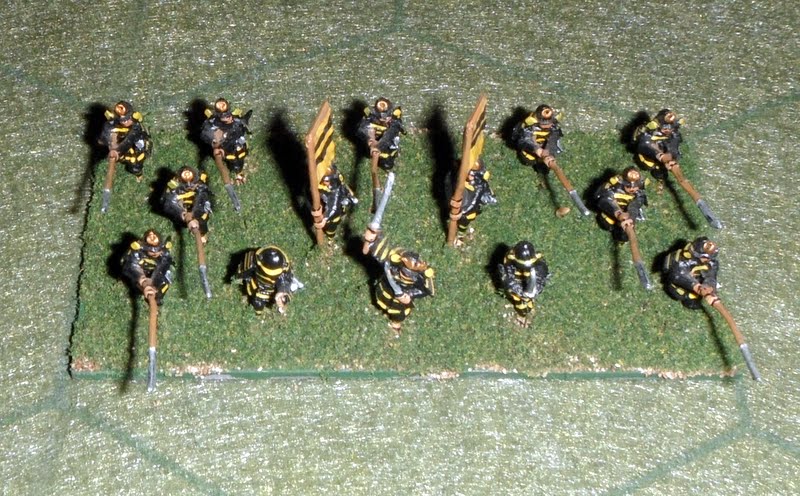 The Samurai Battle's tabletop conversion continues.  16th Century Japan has always held a fascination for me.  Back in the late nineties, I amassed a sizable collection of Samurai figures and tried several different rule sets.  (Killer Katana's was one of my favorites)  I haven't played with them in ages, and they have languished on the shelves for years.  My infatuation with Command and Colors resulted in my Purchase of Zvesda's Samurai Battles game.  I quite enjoy the game, so I am making my Samurai army the first to convert to new basing.

I've mentioned before a desire to move to single unit basing, and the new hex mat gave me an idea... While perusing the flooring section at Home Depot for idea on the new house, I stumbled on to their samples for the Allure laminate flooring system.
I 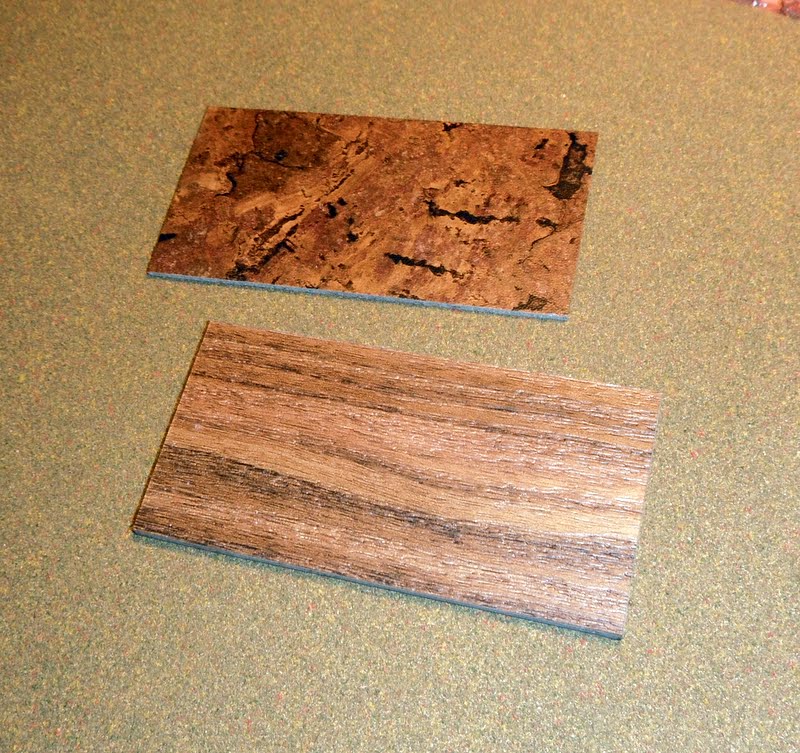 The samples come in 4" squares and are half the thickness of the normal flooring.  (2mm instead of 4mm)  They are heavy gauge, cut easily with a tile knife.  I grabbed several samples to try out. 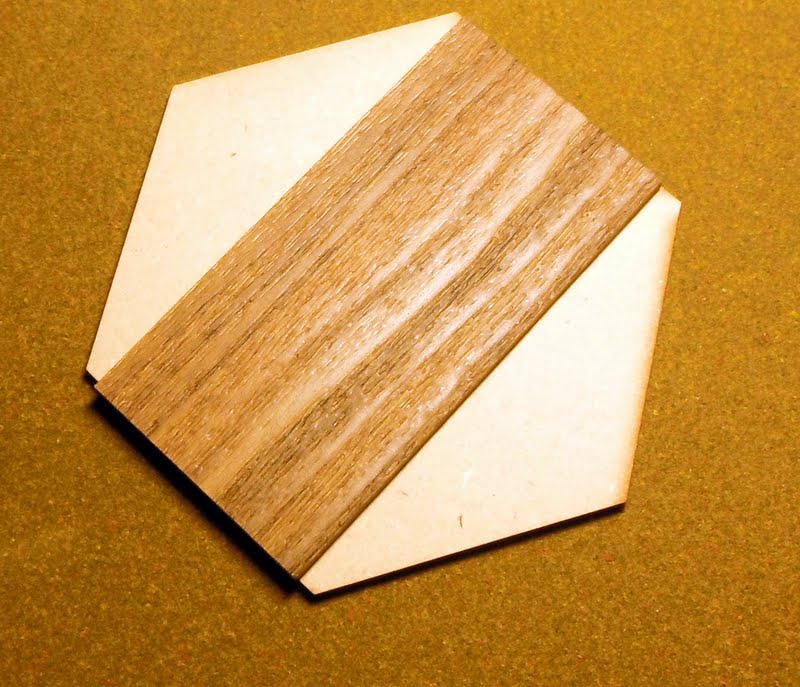 Cut in half they fit nice and snug inside the terrain hexes.

The next step is to turn this: 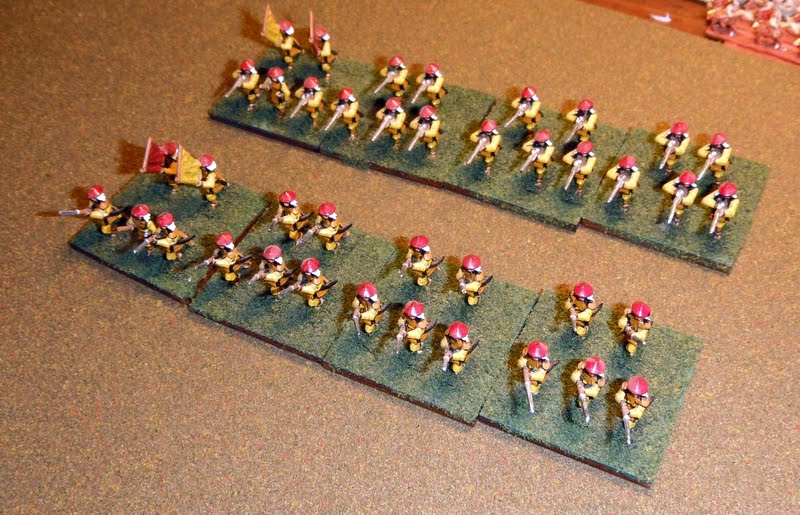 I really like the heft and look of the large unit bases.  I am going with 18-21 figures in three ranks for each infantry base, and 14-16 missile troops in two ranks.  As a later project I am going to make some Pavice stands to add to the missile troops when they are in the defense.

The cavalry are just 8 figs to a stand, and I am going to keep my commanders on 2"x 1.5" bases.  Here is my first completed formation.  The "yellow army"