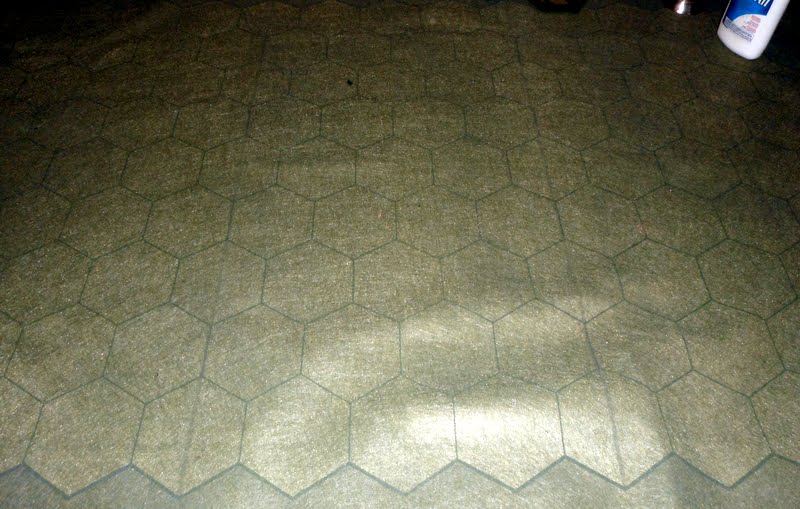 After 2 months of anxious waiting my game mat has arrived.  Above is the Hotz Mat's Command Mat   It is a 36" x 57" felt mat with 4" hexes and flank lines to go along with Command and Colors: Ancients.  I wanted to convert the game board over to a miniatures game, and am working on making terrain tiles.

My first attempt at a river was using GHQ's Terrain Maker system.  I used a 1/4" tile as a base and then cut another to make my river channel.  The affect works nicely with the other terrain maker system, but I find that it is too tall on the felt game mat. 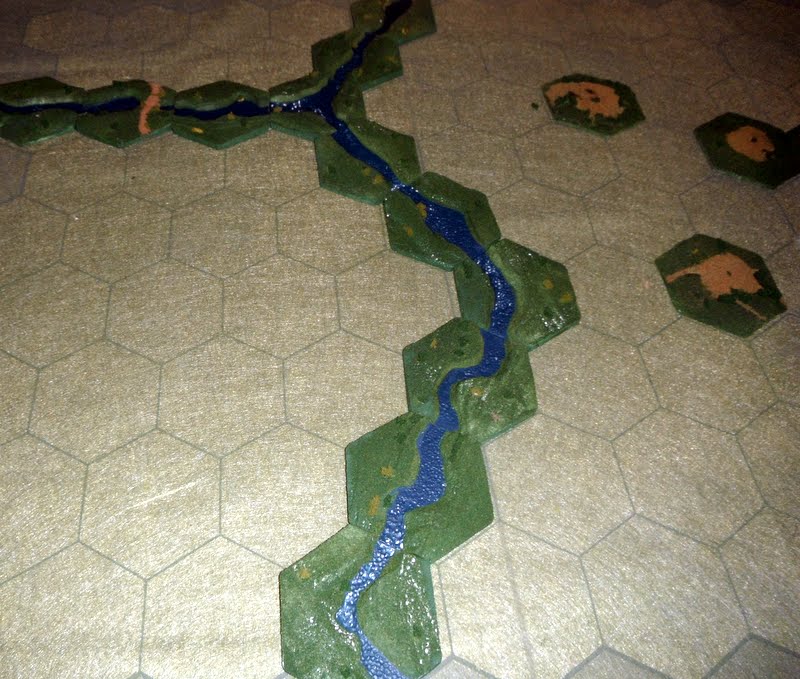 I also cut down some 1/2" tiles to create hills. 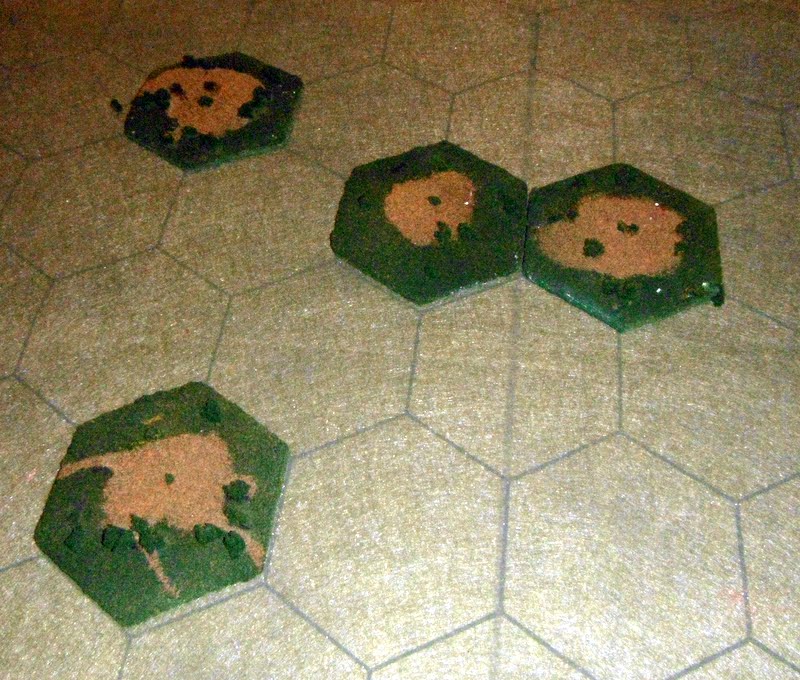 I was rather unhappy with them overall, because they are too think to look good on the mat.  Then I discovered the 4" wood hexes from Gamecraft miniatures.  They are in the basing section, which is why I assume they are slightly more expensive than the 6" terrain tiles he does.  That said, they are precision cut and fit my mat exactly.

I am trying to recreate all of the terrain tiles from the Zvesda Samurai Battles game and the Command and Colors Ancients boxed sets.  (Only in green instead of tan for CC:A).  I thought about adding more thickness to them, but I want to keep them relatively thin so they are reversible.  The river for example: 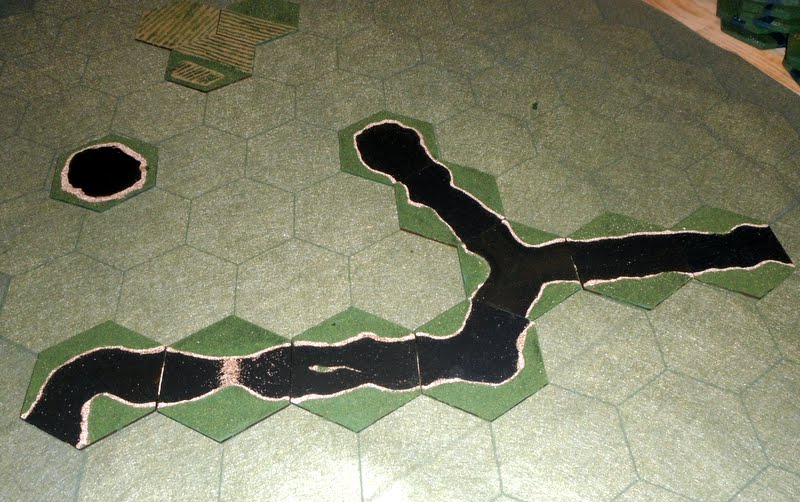 Can be flipped over to reveal a ravine 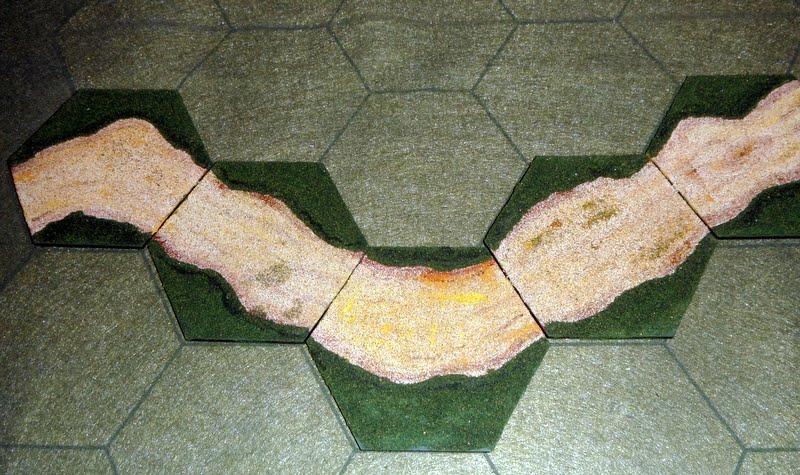 I tried to do some fo the farm tiles, but I am less than thrilled with how they turned out


My hand is not steady enough to do the lines and it looks amateurish.

I have tried to do some hills by gluing Styrofoam to the hex and carving it out, but I am not getting the affect I desire.  Any ideas out there in Internet land?