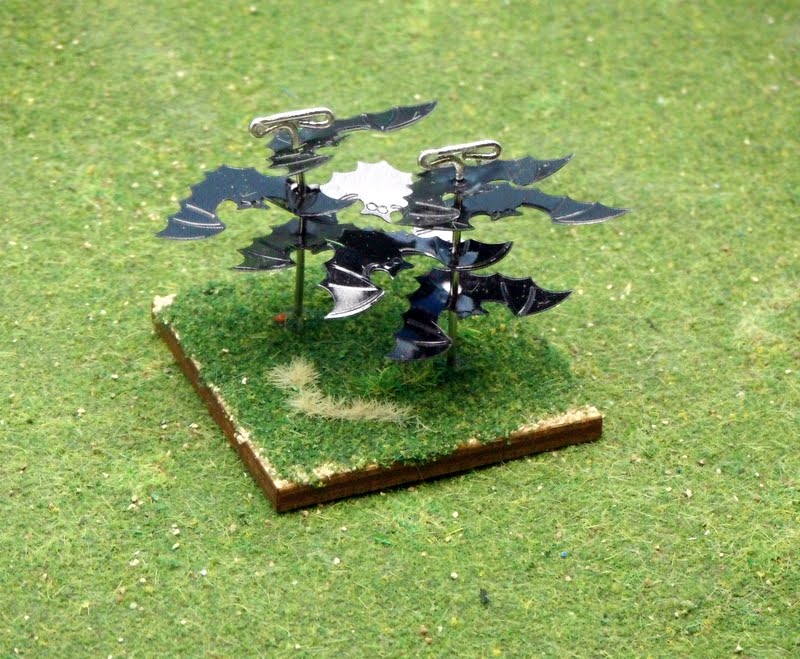 The concept for the game I am setting up for my son is a Narrative/Exploration game staged over the days leading up to Halloween.  I have the game board covered with panels, that will be removed as the game progresses.  The stages are:

Bandit Raid  -His knights ride out to relieve a village under attack from bandits.  Upon saving the village he will discover that something has been stealing the villager's sheep in the pastures.

Goblins in the Hills -In the pastures he discovers marauding goblins, they appear to be fleeing from something to the North...

Something dark stirring  - Entering into the dark woods of the North his scouts are beset by swarms of bats, wolves and spiders moving towards the south.

The creeping horror - Beyond the dark woods, the ruins of an ancient city a vast Undead host has formed threatening to invade the Knights' home....


For the dark woods, I needed some Bats and Spider swarms.  I hit upon the idea of using some of the Halloween confetti I found on sale at Michael's Craft Store.  They are little flat bat shapes cut from a silvery black plastic.  Using Pins I stacked them up four high on a pin and put a few on a single base.  The results can be seen on the top of the entry.  Off-setting bats in the stack gives them a nice spread.  I considered doing 3 pins/base but I think 2 provide enough density.    Here is the swarm the scouts shall face: 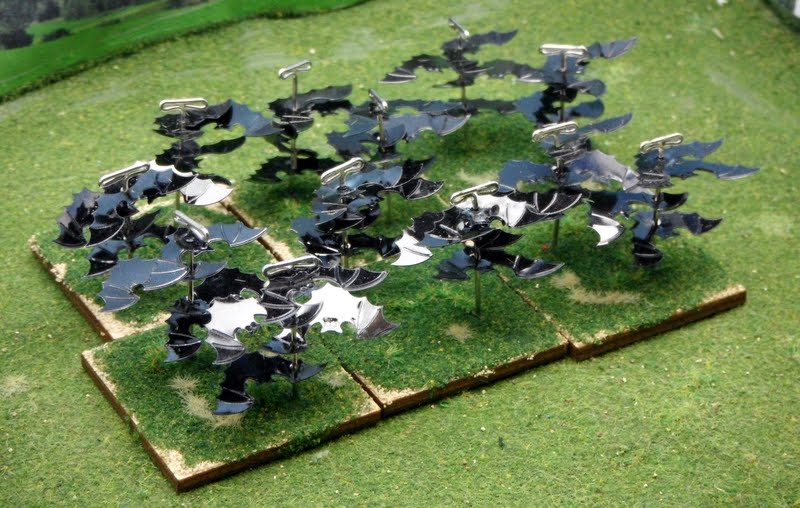 I already have some wolf figs, but I still need to find a solution for the Spiders.
15mm Fantasy Father and Son gaming Halloween Undead