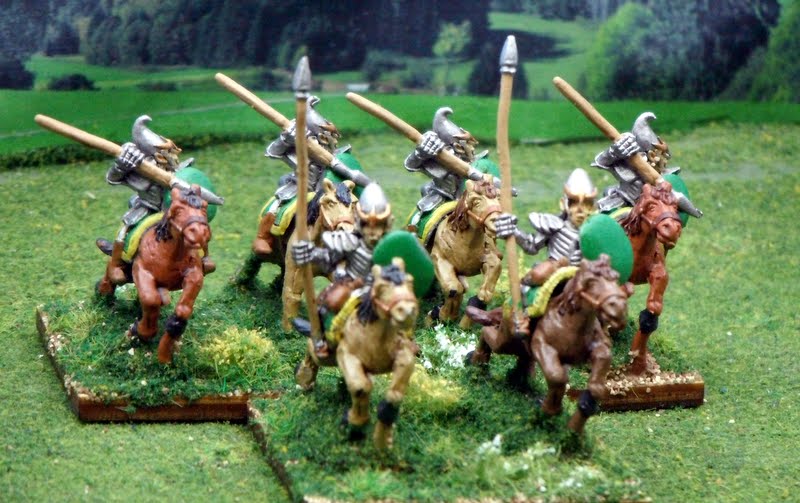 I am busily beavering away at a pile of 15mm skeletons in preparation for a Halloween battle with the boy.  I have also been adding a few units to assist the "good guys" against the horde of ghosts and goblins.  These are some of Black Raven Foundry's  Elf Cavalry.  In addition I had a bag of their Dwarf Bolt throwers I decided to turn into a battery with defending infantry:

The set comes with six bolt throwers with five crew each.  That seemed a tad overkill so I opted to turn some of the crew into a spear unit 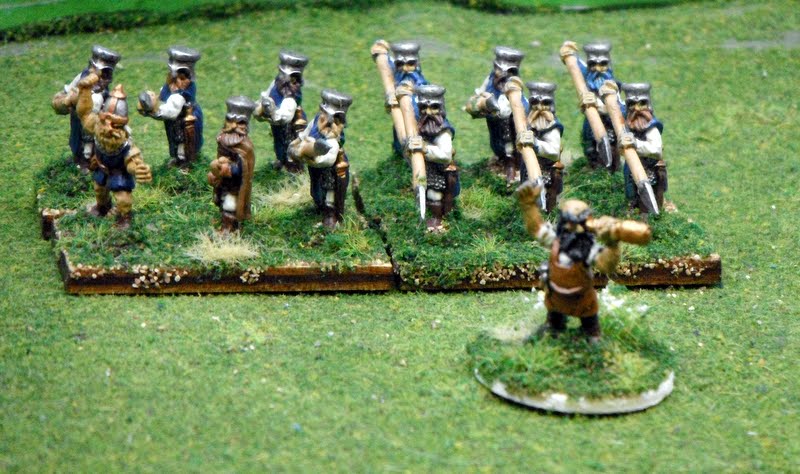 One of the other figs was based separately to act as the battery commander. 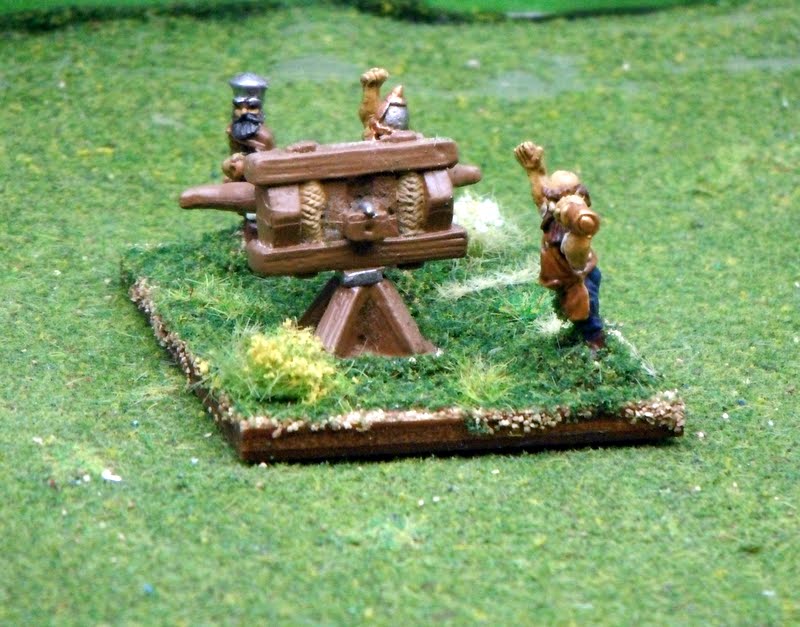 Black Raven's figs are well detailed and proportioned.  That said, they are more 18mm than 15mm in scale.

on the 6mm front, I just received a massive order from Baccus that will let me round out several of my ancient armies.  My adventures in 6mm will resume shortly.
15mm Black Raven Foundary Fantasy Halloween