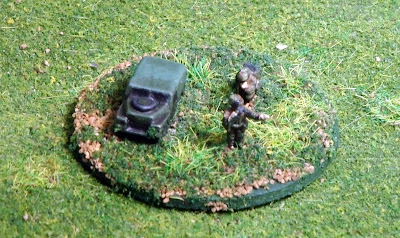 As I have mentioned many times, I am looking for different ways to reflect units visually for my games.  I primarily play Modern Spearhead, but I liked the basing system presented my Cold War Commander.  Placing command stands on round bases, makes them readily identifiable and reminds me that they are not firing units.  It is also a nice way to help visualize the circular command radius.

Along those lines, I have rebased the command elements for my British and West German forces.  I am thinking about adding some Blowpipe/Stinger figs to reflect the Air Defense assets assigned for self protection to the units. 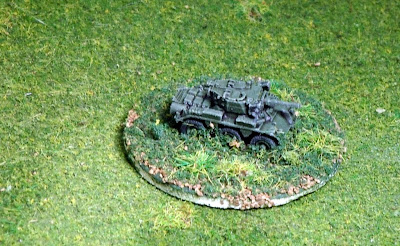 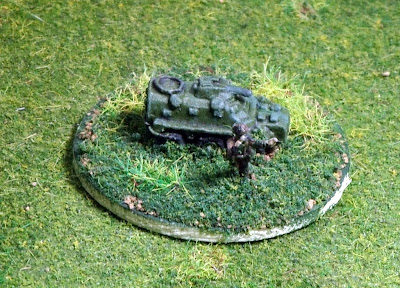 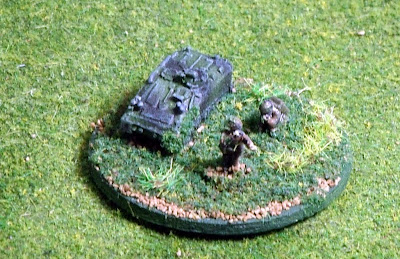 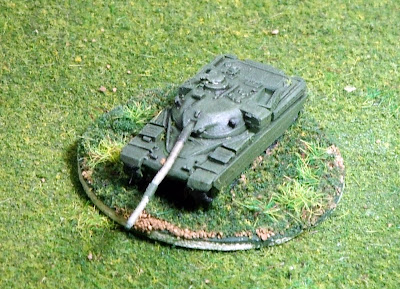 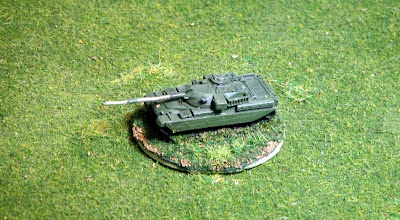 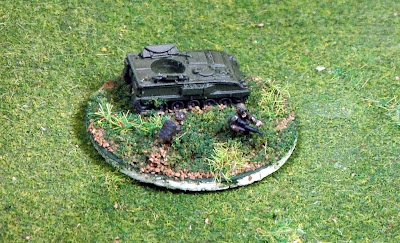 I also did the first two command stands for my West German armor brigade. 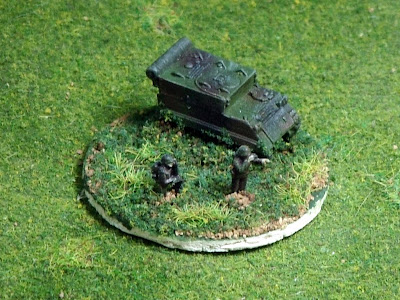 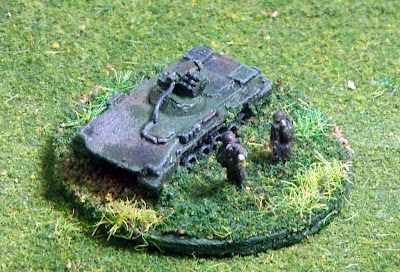