First up is a favorite of mine.  The recent GHQ T28 (or T95) Tank Destroyer.  I first met this monster parked in front of the Patton Museum of Cavalry and Armor at Fort Knox back in 1995.  It simply looks like a beast.  According to the literature at the museum these vehicles where conceived to assault the Siegfried  line with their massive armor and 105mm guns.  The vehicle on display was purportedly found abandoned on a range at Fort Riley Kansas.  Anyway, the GHQ model is a fair sized chunk of metal, and I do not do the quality of the sculpt justice with the weak paint scheme.  I intend to at least give this model some proper decals when we get settled in the new house this summer. 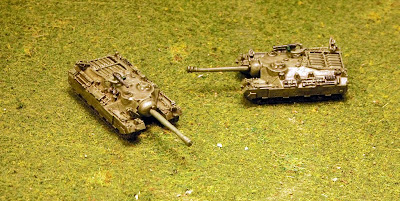 Advances a few decades, here are GHQs take on the Predator drone 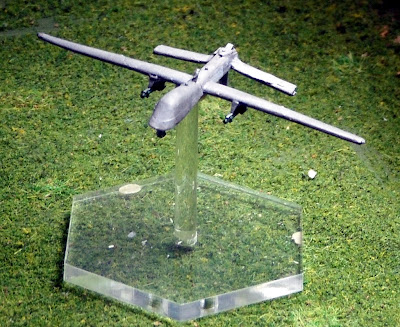 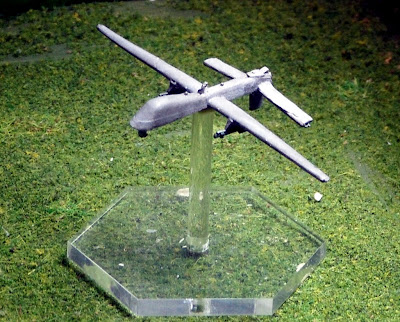 Fairly simple sculpt, but it is a fairly simple design.  You get two of them and some Hellfire missiles in the pack.  I tend to abstract things like drones, but I will now have to figure out how to integrate them into the rules in a more solid way....

How about some BOAR support vehicles?

Here are a FV-436 Cymbeline fire finder radar and two signal tracks.  I am not sure what I will do with the Cymbeline, but the signal tracks are destined to join a Regimental and Divisional command post marker.

and a pair of AVRE

finally, lest I seem as too much of a GHQ fanboy I finished some H&R Engineer tracks to complete my Royal Engineers contingent 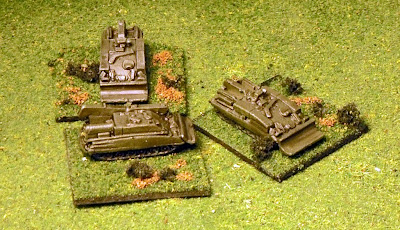 These were done is base green to make them more recognizable as part of my Chieftain regiment, rather than my larger Challenger formation.