and now for something a little different....
I've always wanted to assemble a PLA (Chinese) force for micro armor, and thought I would try out some airbrush camo schemes.  For this first unit, I decided to use some leftover French vehicles that could serve as Chinese pieces as well.  First off were these French VAB-VCI 6x6's.  There are five each from Scotia, CinC and GHQ.  They are close enough in appearance to the WZ551, that it shouldn't make a difference.

My collection also included some VAB 4x4s including 2 mortar carriers and 2 ATGM systems.  I am not sure if the PLA uses the Mortar carriers, but I have seen photos of a similar ATGM turret mounted on the WZ551 chassis. 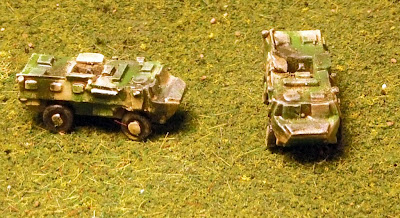 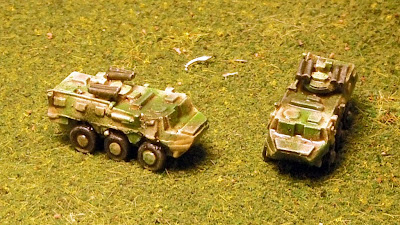 For Air Defense, I know the Chinese licence the Croatale wheeled launcher system, and I opted for the AMX chassis SPAA as well.  I also have some 85mm AA mounted on a T-34 Chassis for my 80s era forces. 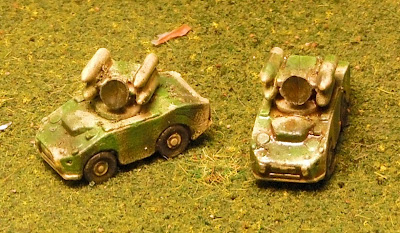 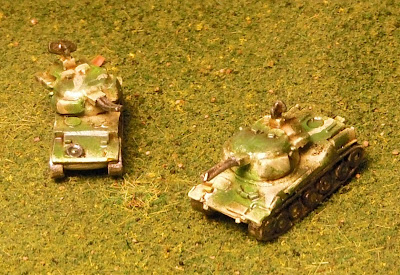 Finally some of GHQs SX2150s.  Finely detailed model and a breeze to paint. 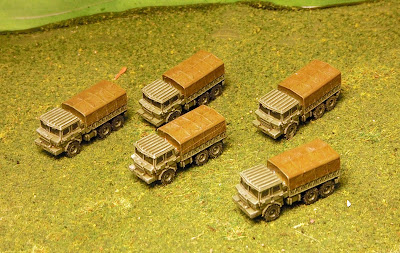 Next on the block for the Chinese will be my Type 59s, WZ 501s and three blisters of GHQ's "Modern Chinese Infantry"  They are primered, but no telling when I will get around to applying the camo scheme next.