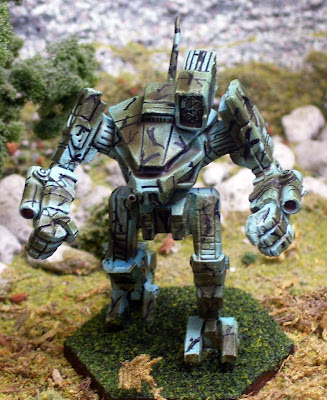 Yeah, I know..more Battletech.  At least it is actually 6mm..  I painted these using the same scheme I came up with for my Group of Soviet Forces Germany T-80/BMP-2 MRR

These are meant to be represent Clan Wolverine mechs the Battletech story line.  I wanted to do them in a Military Camouflage that would look different from everything else I had painted.  Since I had just finished doing the GSFG group in this scheme, I figured I would see how it would look on a larger Sci-Fi model. 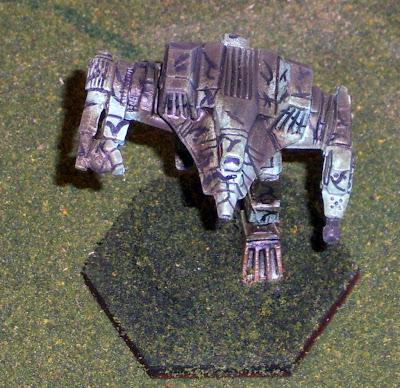 I have a Wolverine II and Atlas II in their blisters that I intended to do in the same scheme, but I am out of the Polly-S Soviet Green I used, and have not yet found a good match.  Does anyone out there know who took over the Polly-S line?
6mm Battletech Nostalgia