Wait.. that's not 6mm.  Yeah, I know.  These have been sitting in a bin labelled "Based for Painting" for about five years now.  During my second deployment overseas, my wife took the opportunity to organize the Chaos of my painting area.  My favorite labels she made were "Spacey Stuff" and "Elfs, Dwarfs and Other Nerdy things."

Battletech has been one of my favorite board games since I first played it back in the mid-eighties.  There is something to be said for all the effort that has gone into generating the back-story and expansions for a game that is essentially blindfolded robots dueling with Shotguns.  (How does one bore-site a walking tank?)

That said, I loved the look of the Star League era ships they envisioned for Aerotech back in the original TRO 2750.  The long cylindrical ships with slits for firing ports looked like I expected 'real' star ships to look.  I was utterly disappointed with how FASA/Catalyst re-imagined them in the later books.  As such I have been slowly collecting the star league era models as I can.

First up is an SLDF Naga 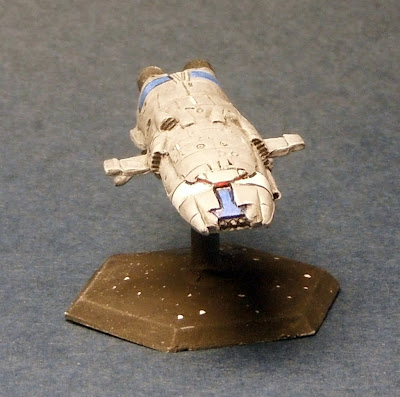 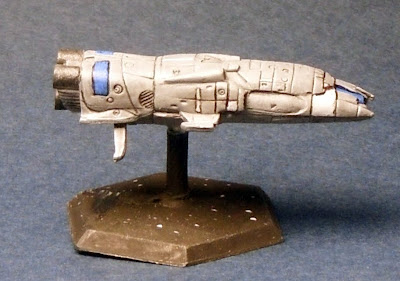 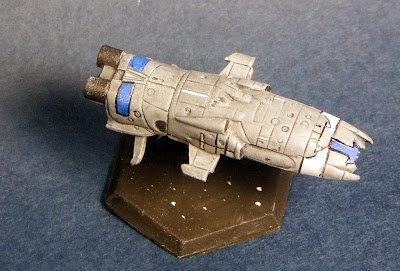 Next one of my all-time favorites the Lola II. 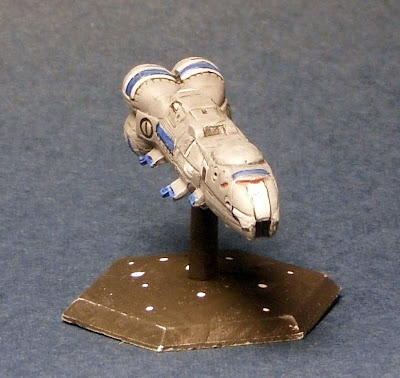 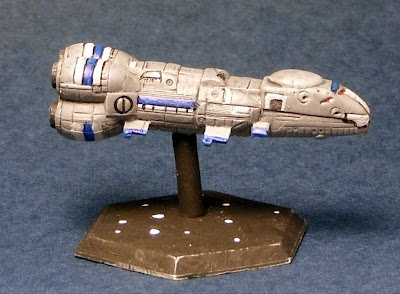 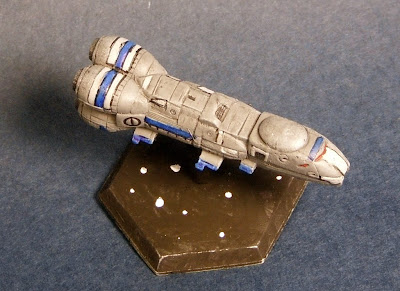 Finally, a collection of Invader Class jumpships.  One of my favorite parts of the Battletech universe is the idea of Jumpships leaping into systems several days travel from the target planets and discharging their Dropships to unleash the invading force.  It seemed somewhat novel at the time.


These now go into the container with my Fleet Action scale Babylon 5 stuff.  I use to really enjoy playing Call to Arms with those...