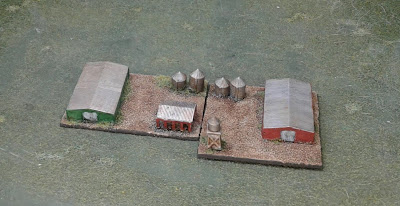 Another by-product of this project was a hefty attack on the unpainted 3mm models in my collection.  This included terrain and models for allied forces and even earlier settings.  First up was a set of 2mm farm buildings from Brigade Models sold through the picoarmor website.  I mounted these on four small bases to allow to represent farmland for either 3mm or 6mm scale games.  I tend to prefer using smaller terrain than the scale of the miniatures for any type of mass battle.  I think it helps sell the idea of a unit representing significantly more people the figures used. 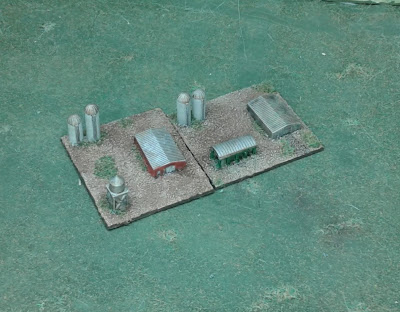 The colors are based solely on an image search for modern German farm construction. 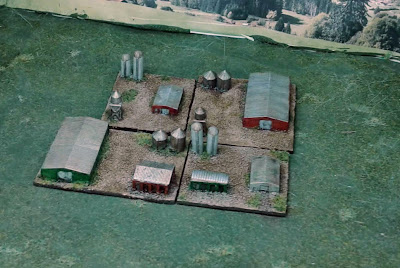 Next up, I used the opportunity to buy new bases to finally complete a company of M551 Sheridan Light Tanks in MERDC.  These work for recon units in the 1970s as well as the 82nd Airbones own 3/73 AR Battalion up until 1996. 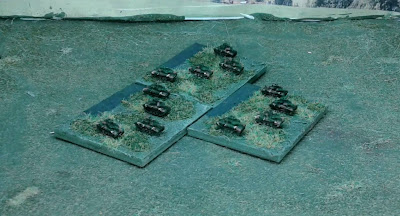 I finished off another company of US Mechanized Infantry with M2 IFVs to allow me to add a Delta Company to my existing battalion.  This includes the separate dismount stands for the infantry.  I went back and forth on these as I wanted to be able to differentiate the IFV equipped units (seperate combat capable vehicles like the Bradley and BMP) from the APC units (M113, FV432 battle taxis)  I haven't tried using them a truly separate units yet for my Soviets, and it may turn out to be an excessive level of detail.  That said, the dismount stands can also stand in for Airborne and Light Infantry stands, so they are not waster. 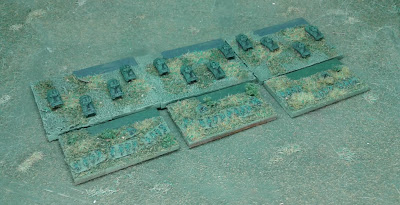 Speaking of the difference, here is my concept for an APC equipped Infantry Company.  Here with the dismounts leading their "Battle taxis" I did these in the Summer Verdant MERDC pattern to match them up with my now complete M60/M113 equipped Armor Brigade.

Which leads to my first Brigade Headquarters element for the US Side.  I tried to make a little vignette with four M557 Command Post Vehicles arranged to form a Tactical Operations Center (TOC).  I kept it at four vehicles and then built a tent section with green stuff to make it look like they were set up in the field.  I thought briefly at trying to do a proper set of camouflage nets, but that will probably wait for another day.  Instead I went with a smattering of support vehicles and some ADA to give the right look. 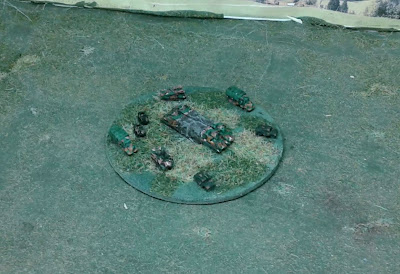 These were done in the fall pattern to be used with the primarily forest green Bradley and Abrams battalions.  I will cobble together a summer verdant pattern one when I get to the last of the M577s. 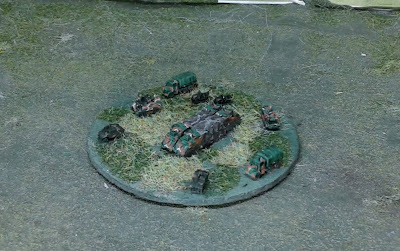 I also decided to paint up some of the engineer vehicles I received in a bundled trade a few years ago.  Back in my young LT days, I remember having the engineer battalion slice off a breaching team to my armor company before we practiced an assaults.  It was four vehicles: A bridge layer, a modified bridge layer chassis  with Mine Clearing Rockets mounted on the back, and two M113s for the Sappers.  I wanted to reflect a similar capability for my game to represent the offensive use of the engineers.  I settled on an oval base with three dedicated engineer vehicles on it.  One was done in the summer MERDC scheme and the other in fall. 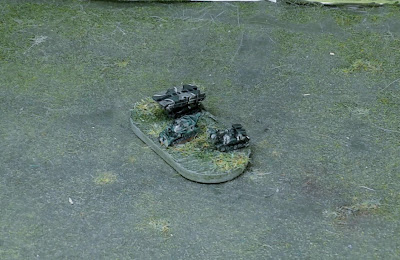 The MCLC is just some small pieces of square plastic sprue attached to the bridge arm and painted tan. 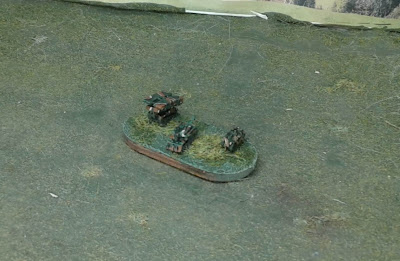 The two remaining bridge layers were painted in the more modern 3-color NATO pattern I used for my West German units to add to the Panzer grenadier Brigade. 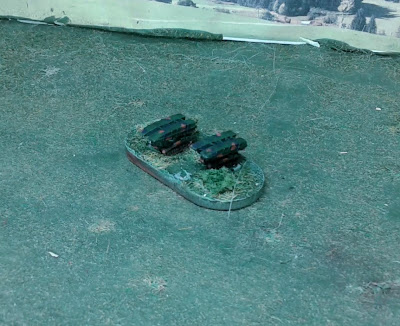 Lastly the 'deployed' bridge models were painted in the same pattern to use to demonstrate breached lanes across the obstacles on the table. 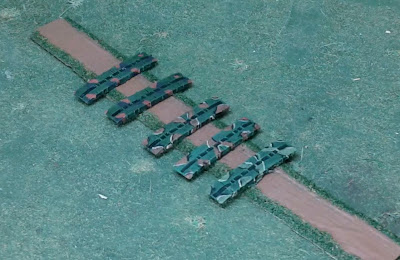 The Sapper platoons were resented similarly to the Mech Infantry platoons with dismounts and M113 APCs.  One M113 was swapped with an M9 armored bulldozer to make it easier to differentiate them on the table. 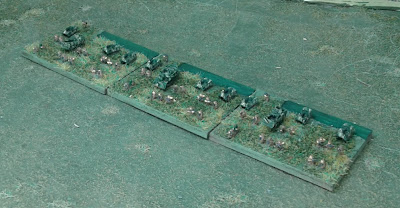 I also finished enough M60 tanks to add two more Companies to the collection. This gives me 7 company's overall.  Just one shy of having two complete battalions.  (Unless I want to go whole hog and paint them in the old 5-tank platoons from the 70s)

More units required more Battalion HQs, which also provided an opportunity to use some of the larger curved bases I have acquired with my 28mm near future collection this year.  These are packed fairly tightly with support vehicles, but do get the overall idea across. 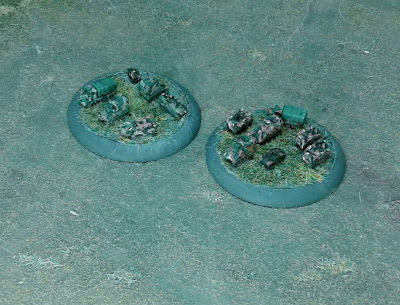 Lastly, I want to expand my Armored Cavalry Squadron to allow me to field two complete Armor battalions of M1 Abrams.  The result was another four companies of tanks and a battalion HQ stand. 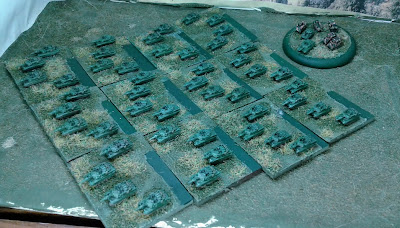 That is it for the US side, I still need to get around to photographing my Czech/Polish battalions to provide my Soviet hammer with some WARPAC support.