More skirmish miniatures to add to the Samurai collection this month.  First are three more personality models for my Sohei collection.  These are all from Kensai Miniatures for their own fantasy-esque skirmish game.  It includes a mounted hero and a foot hero with Naginata. 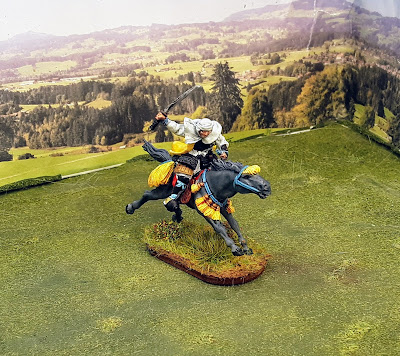 The leader has a very dynamic pose, though I held off on adding the pewter cast reigns, as they were simply too fragile to stay in place for my clumsy mits. 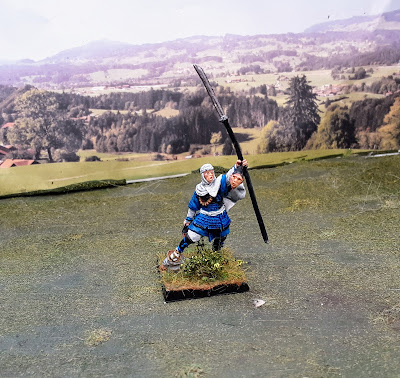 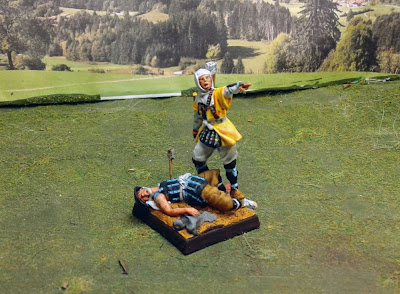 I picked these models up as part of Kensei Miniatures Chinese themed army Kickstarter back in 2019.  One of the models is a Chinese Buddhist monk that may work as a character figure for the Sohei army as well. 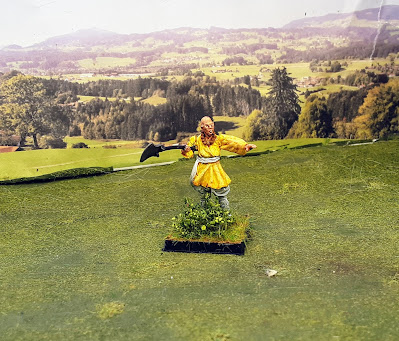 Along with the Sohei, I also picked up a pack of five Ona-Bugeisha Cavalry with Naginata.  Not a truly historical unit, but I wanted to add them to my Takeda army as an homage to the "Lady Yae" scene from "Heaven and Earth."  It has always been a favorite of mine in terms of samurai era films and the scene with Lady Yae and her consorts was always one of my favorites. 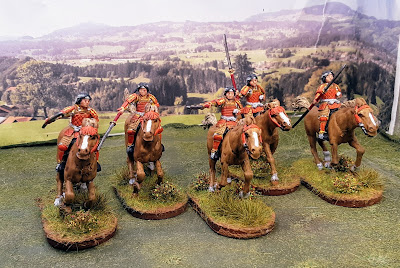 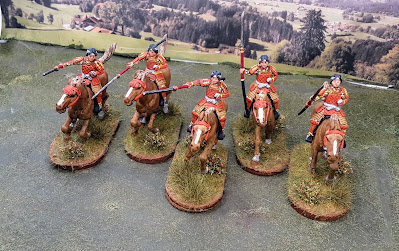 The Lady Yae model is the Takeda character model from Warlords Test of Honor mounted samurai set.  These models came with the same pewter reigns as the Sohei commander, and were left off for the same concerns. 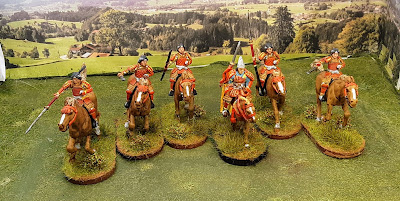 I still have a section of Sohei archers on the painting table as well as a pair of Duelists, bit nothing major on the horizon for this project.
28mm Kensei Miniatures Samurai