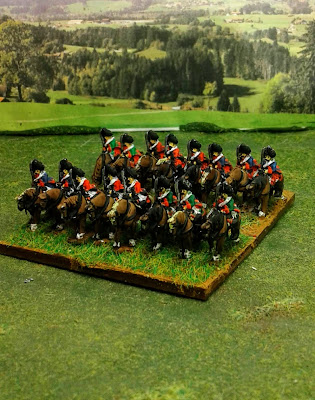 Another oddball unit finished.  This time it is the second stand of Converged Mounted Grenadiers.  Old Glory puts a few of these in every Austrian Dragoon pack, so I opted to deploy them as a single converged regiment.  The paint schemes are based on the four Dragoon regiments I have completed so far as well as the St Ignon Dragoons that are currently on the painting table. 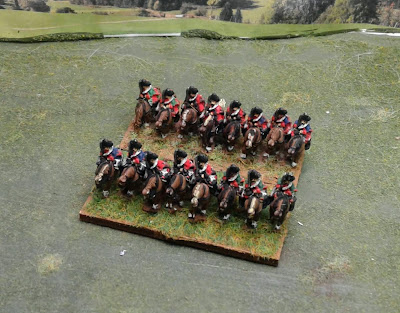 Several OOBs (including Hochkirch and Liegnitz) list a formation of "Converged Carabiniers and Horse Grenadiers" so this unit will serve as the placeholder for those engagements.

One more unit down.  I have another six units of cavalry base coated and  awaiting a change in the weather, so I can hit them with some varnish.  February may see this project come near to completion yet.
10mm Austrian Honours of war Old Glory Miniatures SYW