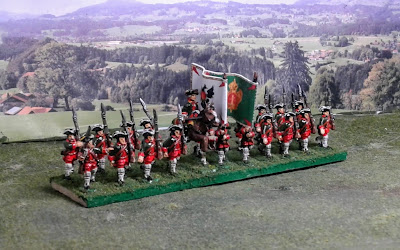 Note, I inadvertently listed these guys as the Rostov Regiment instead of the Nevskiy Regiment in my original post.  I will pause for your shouts of disbelief and outrage....


Finally some progress to report!  Production has finally resumed on the Zorndorf project and the Nevskiy Infantry Regiment has entered the done pile!

Not too much variation from the four previous entrees for Galytsin's Division, but it does put me over the half way point.  For these four regiments I am going with White Gaiters rather than black with their green coats.  This is a minor change, but they will blend a little better with the 15 regiments in red waistcoats and white gaiters that will surround them. 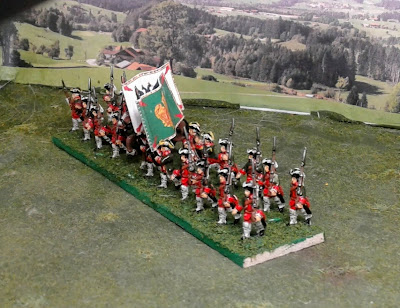