Gimme a Serbelloni and Stampach on Rye.. 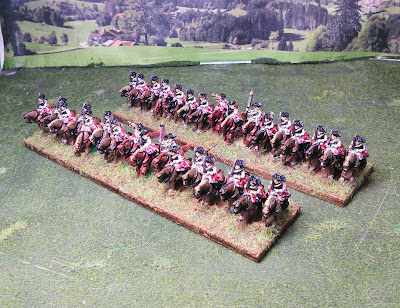 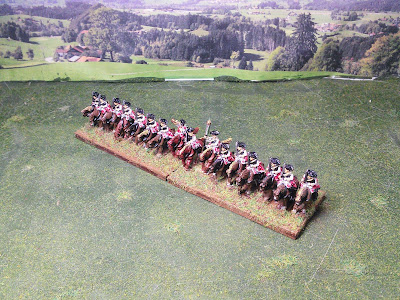 My first 10mm SYW cavalry figures have rolled off the table!  I opted to start out with the Curassiers as they have a fairly simple paint scheme. I originally planned to get 9 figures on a stand, but really couldn't wedge them on.  Thus I am settling on doing regiments of 16 figures or about 3-4 figures per squadron. 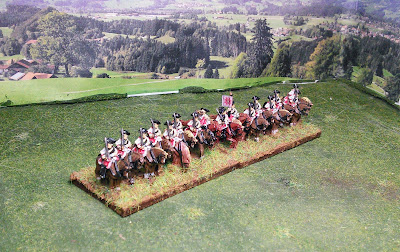 I didn't try to differentiate regiments too much, as the scale is too small to do a credible job on the edging for the horse-blankets.  Instead I just printed out some tiny copies of the Serbelloni and Stampach regiment standards from Kronoskaf and called it good. 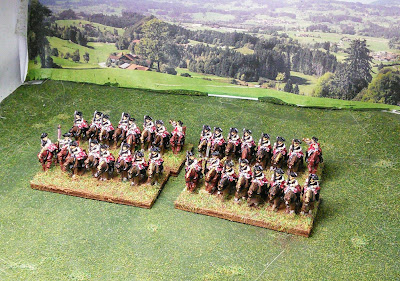