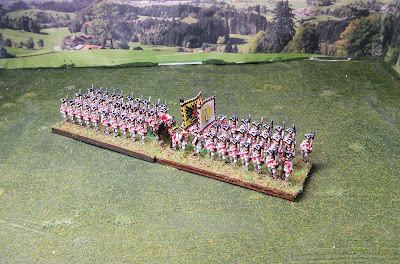 Here is a trial regiment using three ranks of the Old Glory 10mm figures.  I think the unit looks a little more full, and I was able to put in a pair of standard bearers.  (I had an extra command stand left over).  It was slightly troublesome to chop up the command stands to get the figure spacing right, but the disruption to the lines is less noticeable at standard gaming distances. 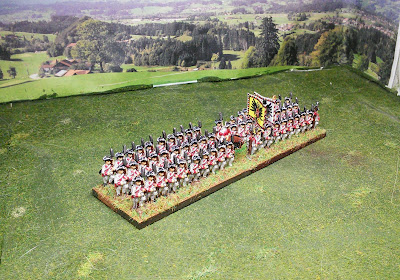 If nothing else, I really prefer the look with both banners, and the triple rank helps convey the size of the regiments. 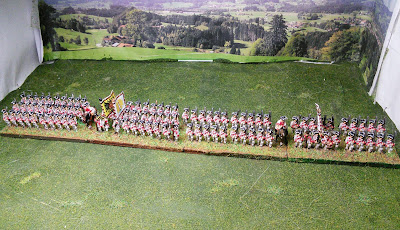 I think I will end up going in the triple rank direction, at least with the Old Glory figures.  The individually based Pendraken figures are already fairly hard to rank up well with more than 30 figures on these bases.  A third rank might not work with them.