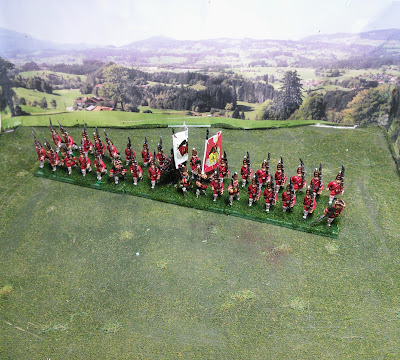 Leading the way for Saltykov's 1st line are a massive unit of Russian Grenadiers in summer uniform.  The Russian Grenadier regiments were formed by taking the grenadiers from the 3rd battalion of every line regiment and were some fairly sizable formations.  (Roughly 2000+ per regiment at Zorndorf compared to the ~1200/regiment for the Musketeers) 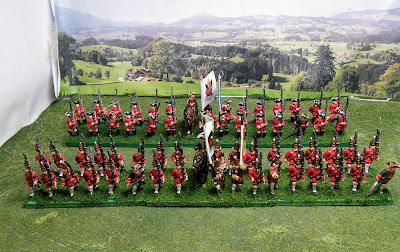 I took the same approach here as I did with the Observation Corps, and based the regiment on three 30x60 bases rather than one 30x120.  That will allow me to field the 2 grenadier regiments in each line as three normal size units using Honours of War.  I can also use the separately based battalions to represent Combined Grenadier units in other scenarios.  (For Zorndorf, all of the Combined Grenadier formations were left to defend the Wagenberg, so I am not representing them on the battlefield) 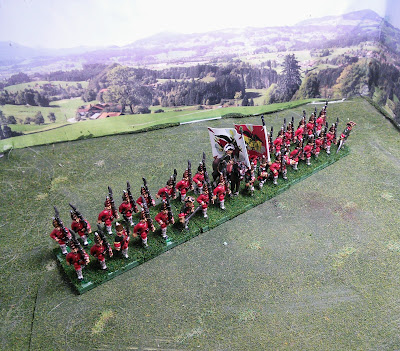 The down-side is that the change requires me to paint another 60 Grenadiers to complete the grenadier contingents as I had to pillage the 4th Grenadier regiment to re-base/complete the 2nd grenadiers for the second line.   Fortunately the command groups are already complete, so it is not too much of a set back.
18mm Blue Moon Eureka Miniatures Honours of war Russia SYW Zorndorf