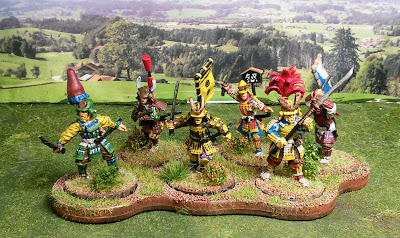 A mixed group of Samurai warriors this time.  I picked up a pack of Perry's "Three Dimensional Sashimono"  and finally tried them out.  It is a relatively colorful group with no particular focus on one clan or army. 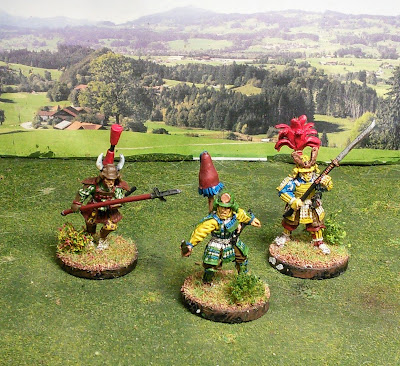 I tried to use more subdued tones this time as the previous set came out a little too garish. 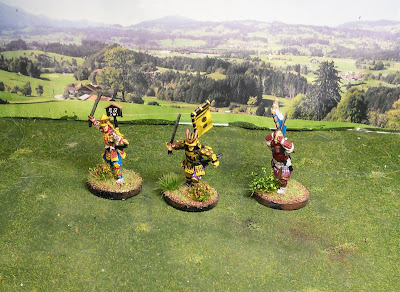 The plackard on the left includes the characters for "angry"  It was the best I could come up with I suppose.

I also took the opportunity to knock out my other set of Pavises.  These were done for the Takeda clan, and look farily good with my existing models. 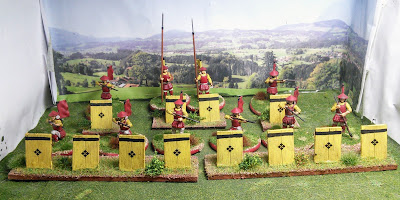 Interestingly, I just found this source for MDF pavises that have clan logo's etched into them already.  It might be worth further investigation I suppose.
28mm Perry Miniatures Samurai