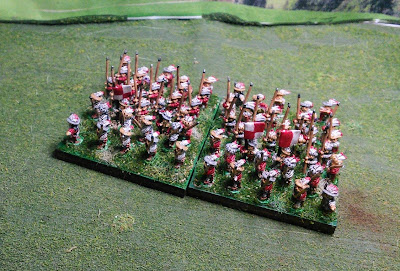 It has been quite some time since I did any major work with 6mm (a little more than a year now, actually.)  The release of these guys by Microworld games however has added some impetus to return to the scale.  I have been hoping to get some Landsknecht in 6mm since I started on the scale years ago. 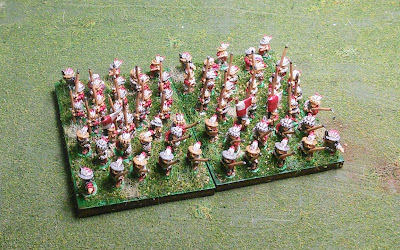 For my initial unit, I opted to go with a couple stands of Pikemen.  I decided to mirror my 28mm Impetus project and go with a double size base holding 33 figures in 7 ranks.  I plan to add 2 stands with 20 each to add as the third stand for Impetus games. 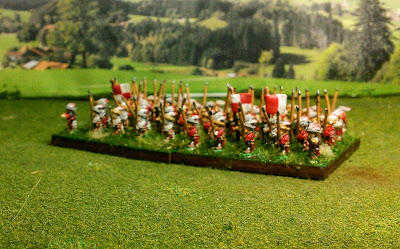 Following that I plan to add some  1 small stand of Halberdier or Greatswords and another of Handgunners to complete each square. 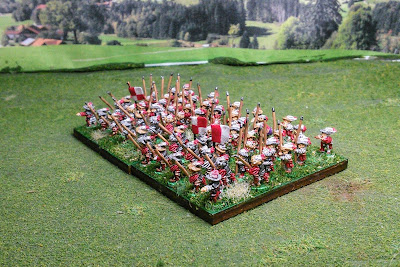 I opted to go with a red and white pattern to mirror the Swiss for the first units.  I will try to do a few with multiple colors in the long run, but this seemed a good first start. 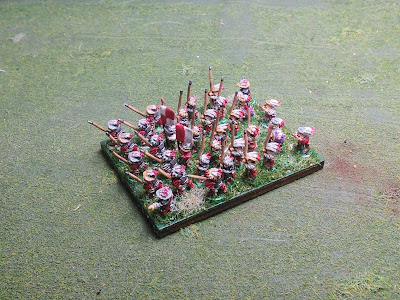 These figures are actually part of a Fantasy Renaissance line, so I picked up a few more fanciful figures to allow these guys to face off with the 6mm fantasy armies as well.