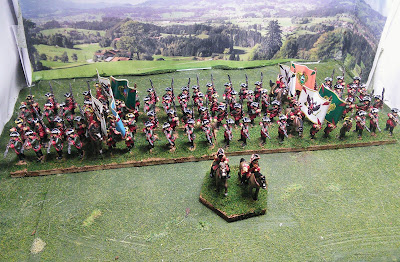 First up is a brigade command stand with two Blue Moon Russian command figures.  Based on the current OOB this could stand in for Schilling or Berg. 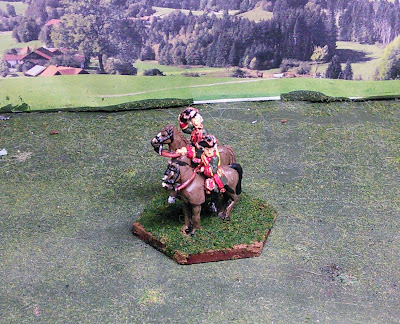 Rounding out the brigade we have the Apsheronskiy Infantry Regiment that was present for both Gross-Jagersdorf and Kunersdorf.  The unit also includes my first effort with the Eureka 18mm SYW line in the form of the mounted regimental colonel.  I have found the mounted figures to be slightly larger than the Old Glory ones, but not enough to be distracting if I base them separately.  The detail is comparable if not as 'crisp' in the lines.  Overall very good models from both manufacturers. 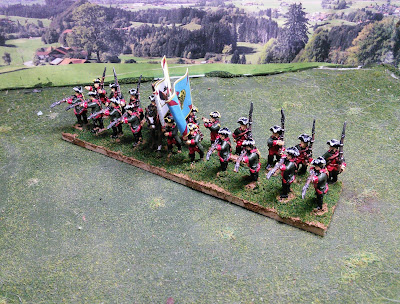 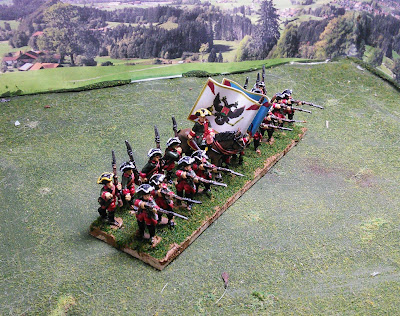 Joining them is the Arkhangelogorodskiy Infantry Regiment.  These regiments represent the last of the Blue Moon infantry currently on-hand.  I still need at least one more to complete the Vanguard Infantry for Gross-Jaegersdorf, so a re-stock will be necessary in the near future.  Fear not, however, as I still have three regiments of Curassiers on-hand as well as a healthy collection of 10mm Austrians to tackle in the coming months. 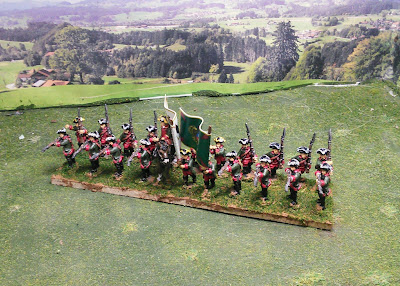 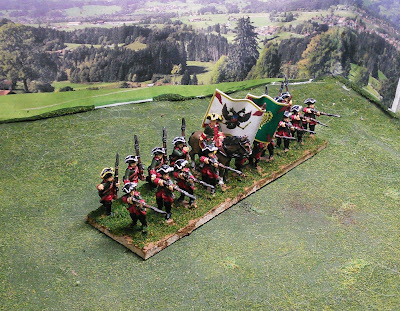