Lord deliver us from the fury of the North men! 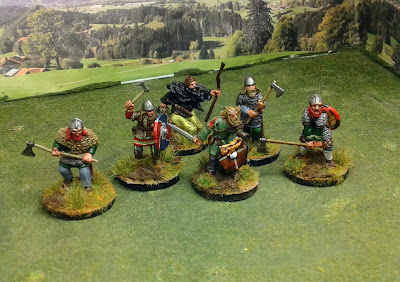 Another handful of Footsore Vikings cross the finish line today.  I am enjoying this return to dark age warriors, and trying some new techniques with doing patterns and embellishments to their clothing.

this group includes two of the named Bersekers from Footsore's range. "Sigurd of the Bridge (L) and "Rolf the Jolly(R)" each comes with a suitably heroic backstory on the the Footsore website. I particularly like the beat-up look of Rolf with his shattered shield and torn clothes. 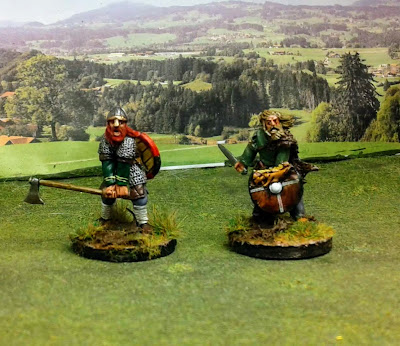 Next up are a pair of Hearthguard with Dane Axes. I went with relatively plain paint schemes here as they will be part of the 'seething masses' 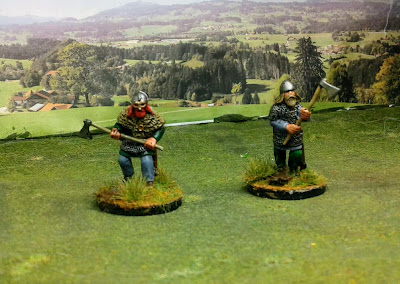 And the last of the shield maidens. 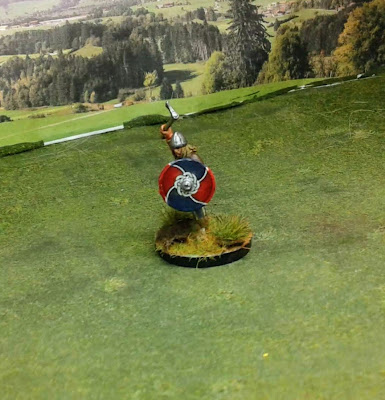 and I finally got around to adding a standard bearer to the force.  He comes along with Footsore's viking Warlord model, who should be done by the end of the month. 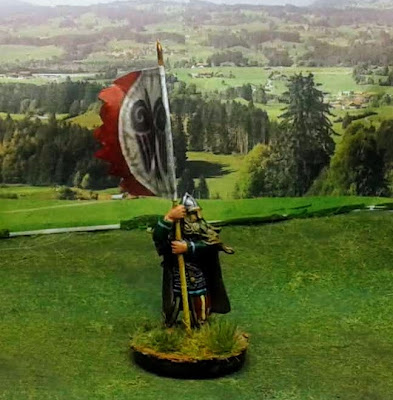 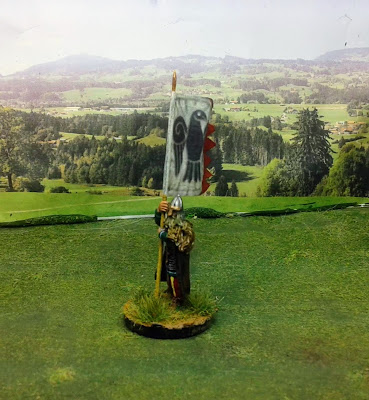 Lastly here is "Gudbrand Soultaker - Viking Shaman"  he makes for an interesting character model, and could serve double-duty in Rangers of Shadowdeep or Dragon Rampant. 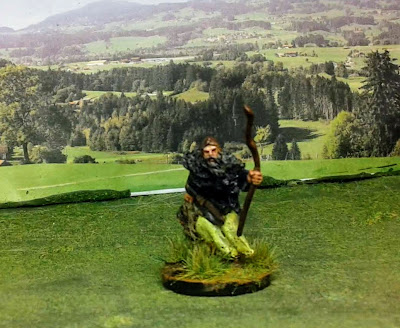 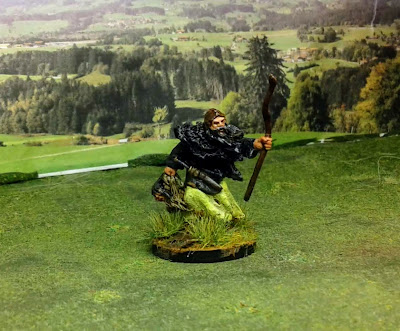